Slovenia vs Sweden Prediction: Blue and Yellow to get 3 points 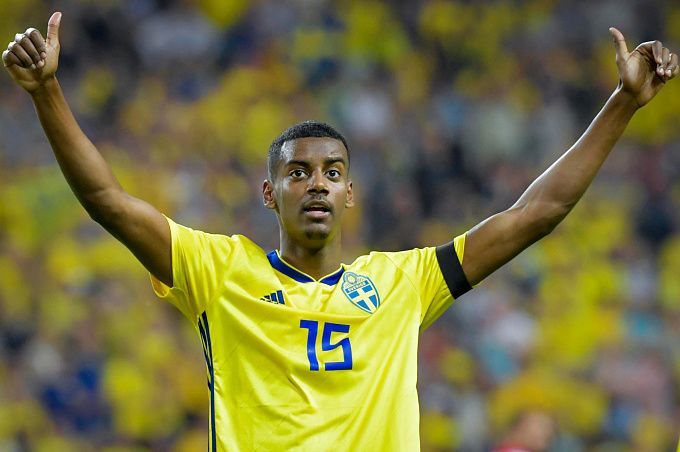 On June 2, 2022, at 21:45 (UTC+3) a first leg of the UEFA Nations League match will take place at Stozice Stadium in Ljubljana where the national team of Slovenia and Sweden will play each other.

Team Slovenia is rarely selected for major international tournaments. In the 21st century, the White and Green only once qualified for the continental championships, and it happened in 2000. Apart from that, they have been at the world championship twice, but never made it to the playoffs. Matjaz Kek's team failed to qualify for the 2022 FIFA World Cup in Qatar, finishing only fourth in their group behind the national teams of Slovakia, Russia and Croatia. Now it would be great if the Slovenians would play in the UEFA Nations League to have another chance to qualify for the next big tournament.

The Swedish national team in recent years has become a regular participant in major international tournaments, but in the qualifying for the 2022 World Cup all was not good for the Blue and Yellow. They took only second place in the group stage of qualification, losing by four points to Spain, after which Janne Andersson's charges headed to the knockout phase. In the semifinals, they managed to beat the Czech national team in extra time 1-0, but in the decisive game they failed to cope with the Polish national team, losing 0-2. Now we will not see the Swedes in Qatar, but in the UEFA Nations League, they will still be dangerous.

Throughout their history, the teams have only played two head-to-head encounters, both times a friendly: in 2008 it was Team Sweden who celebrated a 1-0 victory, and 2016 saw the teams play a zero draw.

Slovenia and Sweden failed to qualify for the 2022 World Cup, so now they have to consider the UEFA Nations League as seriously as possible. After all, it could allow them an extra chance to qualify for Euro 2024. The Blue and Yellow will have a slightly better chance to succeed in the upcoming match; they have more international experience, and their squad is more balanced and skillful. As a result, we are forced to bet on Team Sweden to win for about 2.30.

The Swedish team is an extremely pragmatic team that perfectly knows how to defend the obtained advantage. However, if the Blue and Yellow are first to concede, they rarely manage to bounce back. The brightest proof of it is the fact that in the last six games Janne Andersson's team played there was no exchange of goals. In the upcoming game we shouldn't expect that to happen either and the best option seems to be «Both Teams To Score - No» with the odds close to 1.70.

Alexander Isak is gradually turning into a key forward for the Swedish national team. During the last World Cup-2022 qualifying this young player scored four goals in ten games and became the top scorer of his national team. While it is true that last season for Real Sociedad was not as productive for him as the season before last, as he scored only six goals, for the national team he always plays very decently. In this situation, it is worth looking at a bet on Alexander Isak's goal with odds of about 3.00.