Ukraine vs Armenia Prediction: Quick Goal and Victory for Ukraine 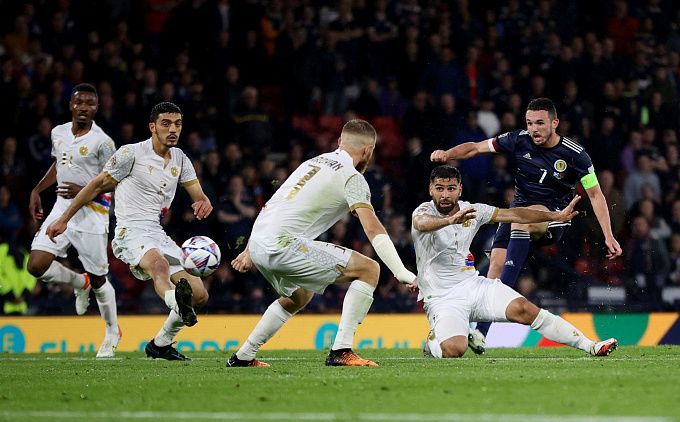 Prediction for the League of Nations Ukraine vs Armenia match, which will take place on June 11. Who will turn out to be stronger? Check the team conditions! Several betting options are available.

After losing to Wales (0:1) and failing to qualify for the World Cup, Ukraine has successfully played the first match in the group stage of the Nations League. Petrakov's team played on the road against Ireland. Tsygankov scored the winning goal early in the second half for the Ukrainian squad - 1:0.

Armenia also had Ireland in their first match on the group stage. The meeting in Yerevan turned out to be difficult for Joaquín Caparrós' charges, but they managed to hold off the opponents' attacks. In the second half, Eduard Spertsyan showed himself excellently: the Krasnodar player scored an admirable goal, bringing the Armenians national team victory 1:0. Then, they were helpless against Scotland and lost by a score of 0:2.

Even allowing for some rotation in the squad, the Ukrainian team is considered a favorite for the upcoming match. Though the Armenians have already beaten Ireland at home, by and large, Caparros's side did not show a high level of play. We think it will be hard for Armenia to earn points in the next game. We expect a quick goal and victory for Ukraine.