Uruguay vs Colombia: Suarez vs Falcao 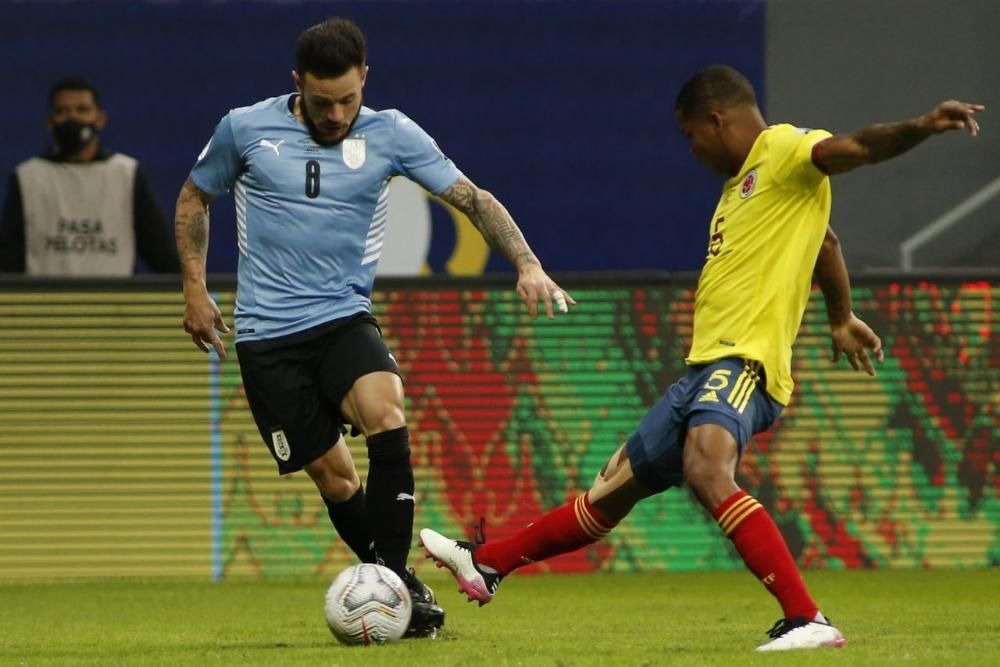 The equator of the qualifying cycle is over, the second round is going to open up with the match between Uruguay and Colombia. Last year's qualifying game ended in a 3-0 victory for the Uruguayans. And at the Copa America, the Colombians retaliated in a penalty shootout. How will the upcoming head-to-head encounter go?

The Uruguay national team has not lost over the past five rounds in the qualifiers. During that time, the Uruguayans have drawn 3 times (0-0 with Paraguay and Venezuela, 1-1 with Peru) and scored 2 wins last month (4-2 over Bolivia and 1-0 over Ecuador). Thus, Oscar Tabarez's team is 3rd in the standings. Don’t forget that 4 South American teams will get a direct ticket to Qatar. The team that ranks 5th in the group is selected through knockout rounds with the national team, representing Oceania.

The Colombia national team also goes with a five-game winning streak, sitting, however, in 5th place, 2 points behind Uruguay. Colombia is second to Ecuador (ranking 4th) only in head-to-head encounters and goal differences, having the same number of points. Like Uruguay, Colombia has had 2 wins and 3 draws in the last five rounds. Ties were drawn against Argentina (2-2), Bolivia (1-1), and Paraguay (1-1). Peru (3-0) and Chile (3-1) were defeated. Thus, the Colombia national team keeps a good chance of qualifying for the next World Cup.

Uruguay and Colombia have played 25 official matches. Statistically, the Uruguayans are ahead 13 to 7. The last meeting was held in the Copa America quarterfinal, where the winner was determined in a penalty shootout. Colombia turned out luckier. In this qualifier, Uruguay thrashed Colombia 3-0 away. Edinson Cavani, Luis Suarez, and Darwin Nunez scored the goals.

The stakes are high at this stage; therefore, we believe that there will be few goals scored, despite both teams having extra-class forwards. 1xbet gives odds of 1.90 for Total Under 2.

It also seems that the home team will be closer to victory, as their squad is stronger and more balanced. Oscar Tabarez will never let his players relax, even Suarez and Cavani. Bet9ja gives odds of 2.04 for Uruguay to win, while Betway offers 2.01 for the same outcome.