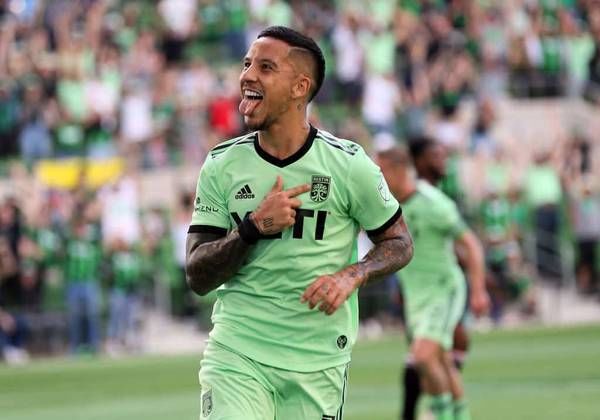 Austin FC welcomes Nashville SC to the Q2 Stadium. Nashville SC have a perfect record against this opposition, as they have beaten them twice already. Last time these two played against each other, Nashville SC ran the show beating Austin FC 3-0 a few weeks ago. After a goalless first 45 minutes, Nashville SC finally opened scoring in the 49th minute as Walker Zimmerman slotted home. Hany Mukhtar scored a brace in the later parts of the game to ensure all 3 points were taken. Moussa Djitte was given the marching orders in the 95th minute, reducing Austin FC down to just 10 men. Even though Austin FC had the larger part of the possession with 59% and registering 5 shots on target, it was Nashville SC that won the day.

Austin FC are currently ranked 2nd with 54 points while Nashville SC are 4th with 46 points in the Western Conference table.

Austin FC's record has been far from perfect in the MLS. They finally snatched a win after 3 successive defeats. Austin FC trashed Real Salt Lake 3-0 in their last match. It was Moussa Djitte's day as he scored a hat trick in the second 45 minutes of the game. Austin FC were dominated in most parts of the game, having just 45% of the possession and registering only 3 shots on target but they did well to keep out the opposition from scoring.

In 8/8 matches, more than 2.5 goals have been scored and in 5/7 matches, Austin FC have been first to Concede.

Freddy Kleemann will miss this match due to injury.

Nashville SC are oozing confidence at the moment as they are in very strong form. They earned 4 wins on a bounce before falling to a draw last time out. They played a 1-1 draw against LA Galaxy in their last match. Hany Mukhtar gave Nashville an early lead from the penalty spot in the 29th minute. LA Galaxy's Javier Hernandez failed to convert from the penalty spot in the 55th minute but late in the second half Riqui Puig scored the second penalty kick to earn his team a draw. Nashville SC ended the game reduced to 10 men, as Walker Zimmerman was recieved a second yellow for handling the ball.

Walker Zimmerman picked up a red card in the previous game and will be unavailable for this match. Aké Arnaud Loba is also sidelined due to injury.

These two teams have only played 2 matches against each other. Nashville SC have won both times 3-0 and 1-0.

Nashville SC are better on form than the hosts and that is enough reason to back them. Their front line will pose the greatest threat in this match, so we expect them to grab more than one goal. Austin FC are also playing on home soil. They can take that as an extra motivation to score a few goals but I don't think they are good enough to beat Nashville.