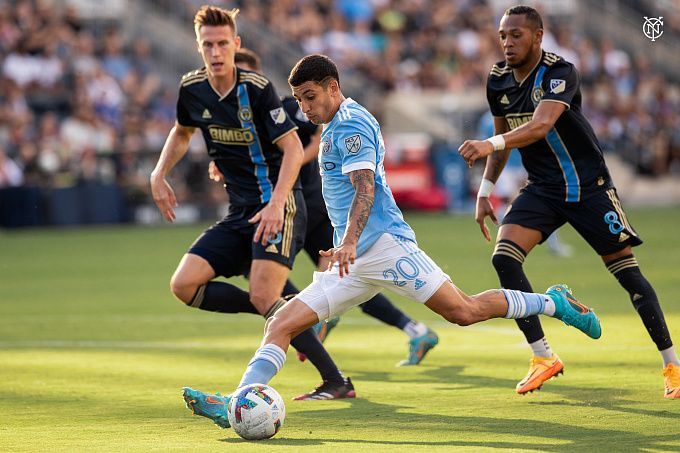 Cincinnati will take on New York City in the MLS regular season at home. Will the home team be able to break their losing streak against the visitors?

After losses to New England Revolution (2-3) and Montreal (3-4), Cincinnati has rebounded to score four points in its next two MLS games. First, the club exchanged goals with Philadelphia Union (1-1) on the road, then beat Orlando City (1-0) at home. With 23 points, Cincinnati sits in seventh place in the Eastern Conference standings.

After an away win over Minnesota (1-0), New York City slowed down. They drew with the Colorado Rapids 1-1 in their home opener, then had a disappointing road trip to the Philadelphia Union. The latter game ended in a 1-2 defeat. New York City lost their lead in the Eastern Conference standings, sitting in second place with 27 points.

New York City will try to make up for their last loss in the tournament. It is worth highlighting that Cincinnati is a very comfortable opponent for the guests – wins in all six face-offs. On the other hand, the home team will try to take revenge for all the defeats in their head-to-head encounters. I believe that in the fourth game in a row, we will see a quick goal. For this meeting, I suggest considering the following lines: