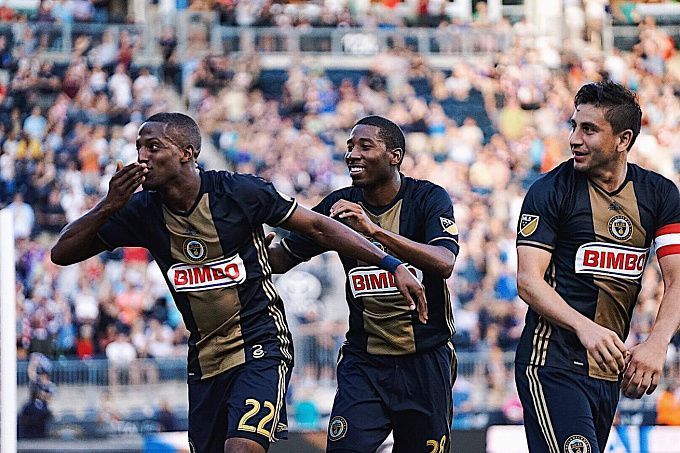 Columbus Crew is one of the oldest clubs in the MLS, which in 1996 became its founder and was formed two years earlier. It took them more than to decades to win their first major trophy, becoming the champions only in 2020. Unfortunately, the Ohio State representatives could not hold on to that high ground. Last season they failed to make the playoffs, and now they have only five wins, six draws and five losses in 16 meetings played. All of that keeps the Columbus Crew ninth in the Eastern Conference standings, three points behind the playoff zone.

Philadelphia Union is a much younger team, which was formed only in 2008, and they have been participating in the MLS only since 2010. Last season they managed to reach the Eastern Conference Finals, but they could not compete for the trophy. In the current championship they will try to make even more progress. In 17 matches played, they have already had seven victories, eight draws, and only two losses. With such strong results, the Philadelphia Union are third in the Eastern Conference standings with 29 points, like the leader.

The teams have played 31 head-to-head encounters within the MLS. The Yellow and Black have 15 victories, while the Dark Blues were stronger in 12 games, and four more matches ended in a draw. Goal difference also favors the guests in the upcoming meeting, 40-37. This season, the rivals have already met once and the victory was celebrated by the players of Philadelphia Union, 1-0.

The teams spend the last few seasons very differently. If the Yellow and Blacks have slowed down after the championship year and are out of the playoff zone for the second year in a row, the Dark Blues, on the contrary, are gradually getting closer to the title. The statistics for this week's encounter also speak in favor of the visitors, who won their three previous meetings by a combined score of 5-0. Now the chances of Jim Curtin's players again seem to be higher, and to make a bet on the victory of Philadelphia Union is possible with the odds about 3.30.

The rivalry between the Columbus Crew and Philadelphia Union has historically been low-scoring. In the previous 11 head-to-head encounters, the opponents combined for only 15 goals scored (0.73 average per game), which by the standards of the MLS is very low, while in this stretch, only three times overcame the bookmaker's Total Over (27%). Based on this, the optimal betting options seems to be Total Under 2.5 goals at odds close to 1.80.

Columbus Crew will have a particularly tough time offensively in this upcoming matchup. The thing is that Philadelphia Union has the most reliable defense in the Eastern Conference. In 17 meetings held, the Dark Blues conceded only 13 goals (0.76 average per game), which is an incredibly good indicator. At the same time, the Yellow and Black have not been all that productive offensively, as evidenced by only 20 goals scored in 16 meetings (1.25 average per game). Given that the representatives of Ohio can not score in four consecutive personal meetings, it is worth looking at the bet on Columbus Crew's Individual Total Under (1) goal at odds of about 2.50.

Our prediction: Philadelphia Union will win at odds of 3.32 at Winline.