Columbus vs. Cincinnati: We should bet on the reigning MLS champions 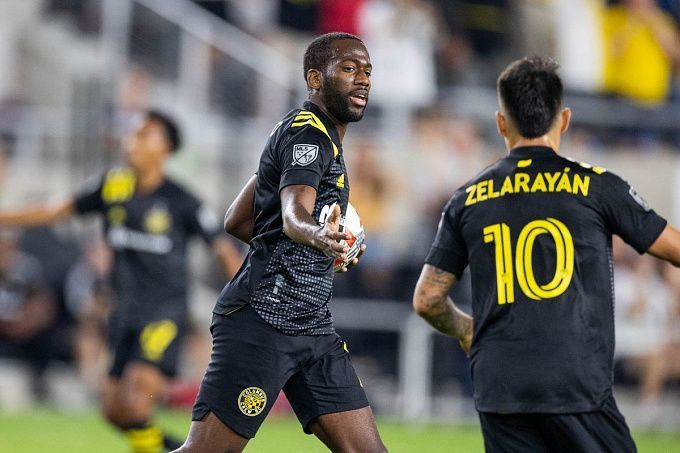 Columbus, the reigning MLS champion, will battle Cincinnati in the next league match at home. Will the home team be able to break their losing streak and score points?

The Crew have lost six straight games in the MLS, dropping to ninth place in the Eastern Conference. There should be no surprise as a lot of key players have been out recently. Key forward Gyasi Zardes was recently injured, as well as Kevin Molino, Marlon Hairston, Aidan Morris, Arthur, Milton Valenzuela, Perry Kitchen, and Josh Williams. The offense is now relying on Lucas Zelarayan, while the defense can be bolstered by Steven Moreira, who recently transferred from Toulouse and has yet to make his debut for Columbus. It is the Crew offense that has been severely deficient this season: in terms of xG (expected goals), they are in the penultimate place in the MLS statistics.

However, against last year's finalist Seattle, Caleb Porter's team came close to winning. Columbus led until the 88th minute but eventually lost 1-2. The home team created chances of scoring only after a free-kick, with Bradley Wright-Phillips scoring after a corner kick. The team's defense as a whole coped decently until the first conceded goal, i.e. in fact it crossed out all the efforts literally within 2 minutes. Zelarayan looked good upfront, and he was one of the best in the Columbus lineup.

Cincinnati has never made the playoffs in two years in MLS, and this season it is still one of the league's outsiders. The team has been coached by Jaap Stam for over a year now, and no serious progress has been seen so far. The team is in the penultimate place in the Eastern Conference, with 2 games to spare compared to the main competitors. The club's management is looking for options to strengthen, and one of the main acquisitions was Tyler Blackett. The 27-year-old defender has extensive experience playing in English Championships, and at one time he even played 11 games for Manchester United in the Premier League. A little later, Florian Valo joined Cincinnati, and defender Chris Duvall joined the team a week ago. Luciano Acosta and Brenner are the club's leaders, with 8 and 6 points on goal+passes, respectively.

Cincinnati's current winless streak is 10 games, and after four straight draws, the team lost away to New England 1-4. By the 33rd minute, the teams took it to the breakdown, and only at the beginning of the second half did Cincinnati created a dangerous moment in front of the net. Jap Stam's charges made no errors only in the last 30 minutes and the opponents had no need to go forward. The defeat was no surprise.

Cincinnati is slumping mightily on both ends of the floor this season, struggling to score and coming in second to last in the East in goals conceded. Four Cincinnati players are unlikely to play because of injuries, and rookies are unlikely to help the team much from the get-go. Columbus played with a good defense for most of the game against Seattle and should be able to come out on top right now. One goal could be enough to win the game. In their last game against Seattle, Crew scored twice even with ten men. I suggest betting on the following outcomes: