D.C. United vs Inter Miami: David Beckham's team will not surprise us again 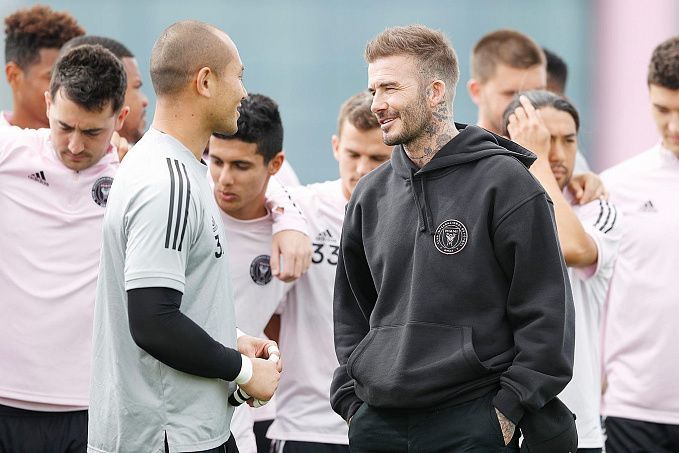 Saturday night will be the night of the meeting between D.C. United and Inter Miami. We will tell you how the opponents are performing and advise you on what to bet on. We'll offer several betting options at once!

D.C. United has had an extremely mediocre start to the season and has not impressed at all so far. The team has only three wins in eight games and lost five. They have nine points, thanks to which they are in tenth place in the standings in the East. It should be noted that after two losses in a row, in the last match DC United defeated Inter Miami with a score of 3-0.

It's even worse for Inter Miami. With two wins, two draws, and four losses, they have only eight points and are 11th in the Eastern Conference standings. David Beckham's team is coming into this game after two losses. First, it lost to Chicago Fire with a score of 0-1 and then was defeated by D.C. United with a score of 0-3.

Inter Miami is very bad, which is why they are outsiders today. D.C. United results are certainly not good either, but we saw the difference in class between these teams on May 30. Less than a month has passed since that match when D.C. United defeated David Beckham's team (3-0), so it's unlikely anything will be different today. The win may not be a blowout, but we're confident that D.C. United will win it again. Prediction: D.C. United win.

Philadelphia Union vs Toronto FC Prediction: Home side can’t let this slip away

Chicago Fire vs New England Revolution Prediction: Home side will snatch a win