Dallas vs Los Angeles Galaxy Prediction: the Texans to Score 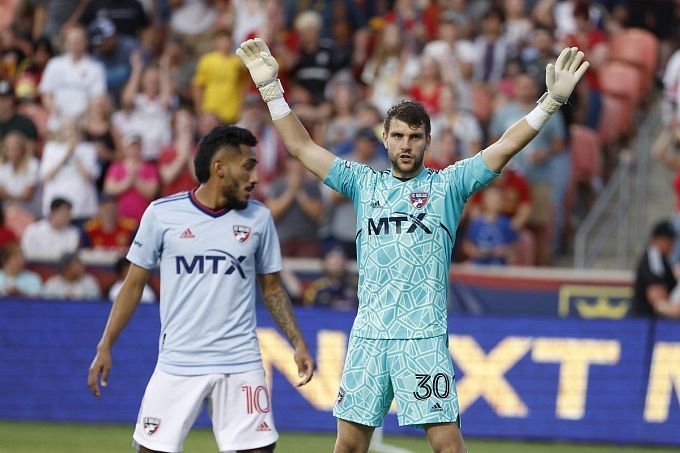 Prediction for the MLS Dallas vs Los Angeles Galaxy, which will take place on July 31. Who will turn out to be stronger? Check the team conditions! Several betting options are available.

Dallas has only 1 win in the last 8 regular-season games, but they're still in the playoff zone, sitting in 5th place in the Western Conference. The club knows how to work with young players, so the Bulls' lack of high-profile transfers should not be surprising. Now a 21-year-old forward Jesus Ferreira can be considered the leader of the club, who scored 12 goals. The Dallas defense consists of more experienced players including Jose Martinez who played for Granada in the Spanish La Liga. The Texans have no problems defensively and can create scoring chances. There are almost no losses on the Dallas roster: Brandon Servania's participation is questionable.

They managed to end their winless streak of 7 games with Real Salt Lake. From the very first minutes the game was an intense battle, but the spectators saw only 1 goal - 1:0 in favor of Dallas. The opponent consistently had their shots in the Bulls' penalty box, and the Texans trailed by 1 or 2 goals before halftime. Jesus Ferreira scored an early goal and Dallas held their advantage, although they let the opponent to make 25 shots on goal.

The Galaxy's offensive line is the strongest in MLS, but the club continues to improve it. The club, which already has Chicharito, Douglas Costa and Dejan Joveljic, has brought in Uruguayan forward Gastón Brugman, who has extensive experience playing in the Italian Serie A. Costa, however, has not appeared for almost a month due to disqualification, so it was easy to find a place for Brugman. The truth is that with their star players Los Angeles suffers again. Last season they just missed making the playoffs, and now the Californians are only 7th in the West. At least the good news is that the infirmary is nearly empty: Only Jorge Villafaña will not play.

In their past 4 games of the regular season Greg Vanney's team had 3 losses, and this series stopped with Atlanta. Los Angeles won at home with a score of 2:0. The Galaxy made almost no mistakes on defense and used the best of their chances. Kevin Cabral and Dejan Jovelic each scored a goal.

Dallas has not been very productive lately, although against Real Salt Lake the total could have been broken in the first half hour. On the road, the Galaxy has problems on defense despite being the best in terms of xG in the Western Conference. The last head-to-head meetings between the teams have been productive, something similar should be expected now, especially considering how powerful the visitors' offensive line looks.