Los Angeles FC vs Sporting Kansas City: Black and Gold to get back their lead 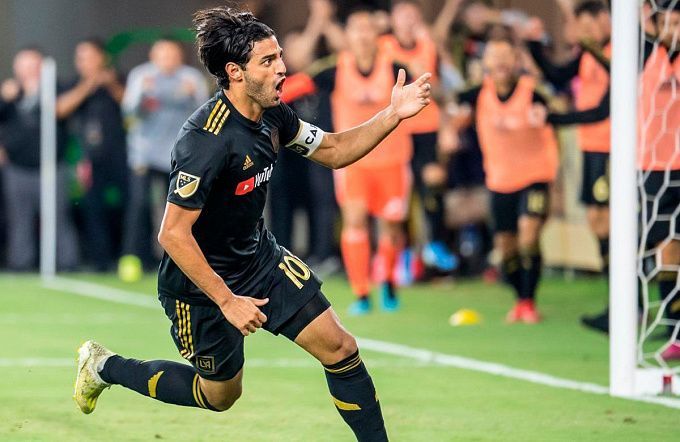 The next round of the MLS will end with a matchup between Los Angeles FC and Sporting Kansas City. Both teams represent the Western Conference, but at the start of the season, they have shown a slightly different level of preparation. With Los Angeles battling for the conference lead and Sporting lagging behind, it should come as no surprise that the home team is heavily favored.

Last round, Los Angeles lost a crucial game to the Galaxy with a score of 1-2, although before that, the future hosts had not lost once since the start of the season, winning four times and drawing once. By the way, the majority of the matches involving Los Angeles this season were high-scoring, with Total Over (2.5) goals in 67% of cases, and both teams scoring. Before Sunday's games, LA is in second place, one point behind Austin, who beat DC United. Should they score any points in the upcoming game, LA will regain first place in the Western Conference standings. LA has played three games at home, winning two and drawing one.

Sporting's form isn't looking good. In their last five MLS games, Sporting won only against Real Salt Lake at home (0-1), losing to Colorado, Chicago, Vancouver and Nashville. Such results have caused the future visitors to fall into 12th place in the Western Conference standings, have only six points to their credit and are eight points behind leading Austin. The position in the top 7 is 5 points away, which is also not insignificant. Sporting's away stats are second from bottom in the conference, only Vancouver is worse, with four losses in four games by a combined score of 2-9.

Los Angeles and Sporting have played seven games against each other, all in the MLS. Three games were won by Los Angeles FC while Sporting Kansas City won four, the teams never played a draw and the goal difference is 14-12 in favor of LA. There were four matchups on Los Angeles' field, two wins for the hosts with two victories for the guests and a goal difference of 7-7.

Sporting has conceded in every away game this season. And despite the loss to the Galaxy, Los Angeles is in pretty good shape and will certainly do everything possible to get satisfaction for the derby defeat. We believe Los Angeles will win Sunday's match and the teams will score at least two goals against each other. W1+TO (1.5) for 1.77 at the line of 22bet.

Regarding the correct score, we choose the 2-1 in favor of Los Angeles for 7.00 as offered by 1xbet. Sporting is likely to score a goal, but one goal will not be enough even for a draw.