Content
To top
1.
Nashville: a Tough Battle for the Playoffs
2.
Vancouver: Trying to Get Creative
3.
About Match
4.
Expert Betting Tips
Users' Choice
87 200 USD

Nashville vs Vancouver Prediction: the Whitecaps to Struggle on the Road 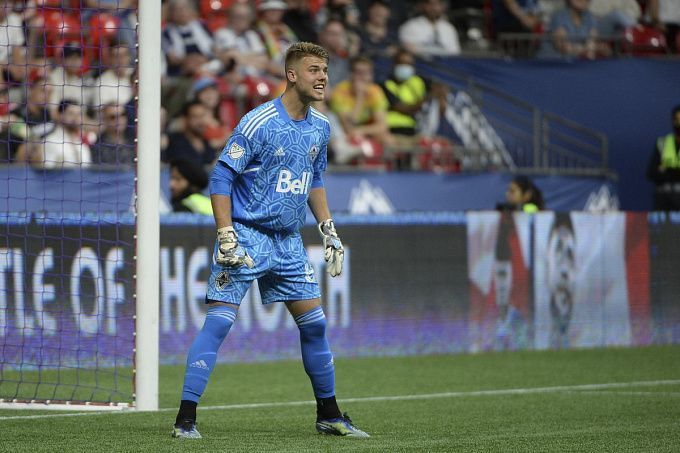 Prediction for the MLS Nashville vs Vancouver, which will take place on July 31. Who will turn out to be stronger? Check the team conditions! Several betting options are available.

Nashville: a Tough Battle for the Playoffs

Nashville has only 1 win in their last 5 MLS games currently sitting in 8th place in the Western Conference. The density in the standings is high, and 1 or 2 losses could throw the team out of the playoff zone altogether. Nashville has one of the best defense in the West, but opponents sometimes squeeze the most out of their chances, so Gary Smith's team gets lost. In this case the club decided to strengthen the defense: recently Shaquell Moore, who played in the Spanish Segunda for Tenerife, returned home. Robert Castellanos and Anibal Godoy are injured, the latter has played 12 games in MLS this season.

Gary Smith's men drew with Cincinnati, 1:1, in their last match. Nashville scored quickly, taking advantage of a scramble in another team's penalty box, but their opponent seized the initiative and deservedly evened the score. Overall, the game was not very entertaining, and the 6th team in the West had only 8 shots on goal.

Vancouver: Trying to Get Creative

The Whitecaps earned two points in their last four regular-season games being 10th in the Western Conference. The team will try to correct the situation. The Canadian Championships final lifted their spirit: Vancouver defeated Toronto (2:1) on penalties. The Whitecaps are among the worst in the West in terms of offense, although their xG gap to playoff-zone clubs is not as significant. The club decided to strengthen the middle line by acquiring Julian Gressel from DC United: He had 6 assists this season and 15 assists last season. Damiano Pecile returned from Venezia, but he is not in the starting lineup, the same situation is with Janio Bikel. Vancouver has Sebastian Berhalter, Deibert Caicedo, Luis Martins, Eric Godoy and Christian Gutierrez on the injured list.

Last week, Vanni Sartini's men hosted Chicago at home and couldn't get anything going against their rival, 1:3 in favor of Fair. Vancouver piled on their own goal, and, no wonder, the Canadians only conceded 1 goal in the 1st half. After the break, the Whitecaps leveled the score, but then there was payback in the form of two missed goals.

Both teams showed nothing offensively last week. Vancouver allowed too much to Chicago at home. Nashville looked more decent on the road against Cincinnati and has no problems on defense, unlike the Whitecaps. They should improve at home, and last season, for example, they already had a solid unbeaten streak at home.