New England vs Philadelphia: No win again for the Eastern Conference leader 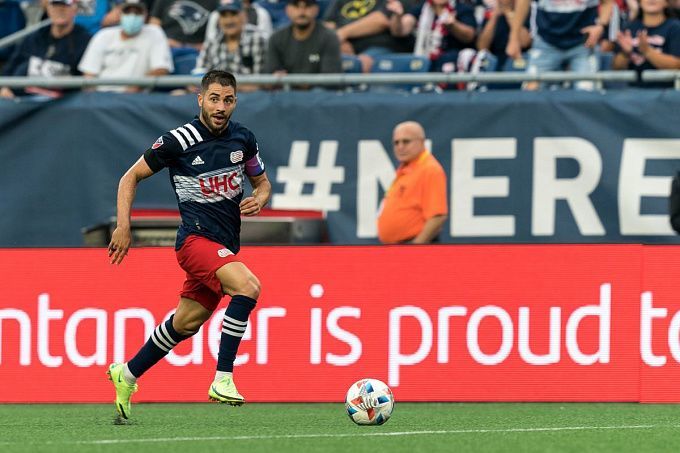 In another MLS regular season match, the current Eastern Conference standings leader New England will take on the reigning champion Philadelphia at home. Union hasn’t won an away game for a long time, and they are onto breaking that streak.

New England head coach Bruce Arena has won the MLS Cup three times with the LA Galaxy, and the team currently leading in the Eastern Conference is to the credit of the former U.S. head coach. The Revs play spectacular attacking soccer without looking back at their own net - they are not an example of disciplined defenders. One of the club leaders is Carles Gil, who has a lot of experience playing in Europe. In this MLS season Gil has scored 2 goals and made 9 assists. Gustavo Bou with his 10 goals is 2nd in the league's all-time scoring list. Luis Caicedo and Jonathan Bell are currently in the New England infirmary, with a combined total of just 8 games played in the current regular season.

The previous match ended the four-game win streak - New England played a 0-0 draw against Nashville on their own home ground. This time, Bruce Arena's team made almost no stupid mistakes in defense and still had a chance to win. The New England Revolution enjoyed a lot of possession, but had few tangible chances. Wilfrid Kaptoum's kick from the penalty mark may deserve mentioning: the Cameroonian midfielder couldn't even clear the ball and kick hard enough. Overall, the zeros on the scoreboard were predictable.

Philadelphia was the leader of last year Eastern Conference, and now they are fourth. Offensively, Union is far from the best in the league, and defensively, things are not as rosy as they may seem at first glance. The team conceded only 17 goals, just because their opponents are sometimes forgiving and missing their chances. Kacper Przybylko is still one of the lead strikers of Philadelphia. With 6 goals, he is the best scorer of the club this season. As for the current roster, Alvas Powell isn’t playing due to injury, and Anthony Fontana and Jack De Vries are questionable.

Jim Curtin's team routed Toronto 3-0 in their last regular season game. Philadelphia created some great scoring opportunities early in the game, but Przybylko missed several good ones by the 11th minute. Still, Union had scored 3 goals before halftime, though it could have been 6 or 7. In the second half, their opponent failed to score a penalty, while Philadelphia too lost a couple of chances to extend their lead.

Philadelphia was very impressive in the last game, and even if they create at least half of that number of chances, the odds of winning will skyrocket. New England also tends to be good on offense, but the team seemed rather helpless against Nashville. The home team has some problems in defense, and the opponent had better take advantage of that. Well, the last two head-to-head encounters were not the most productive ones, but it is only a question of taking chances. We’d like to offer you the odds for the upcoming game: