New England vs Toronto Prediction: Not Expecting Many Goals 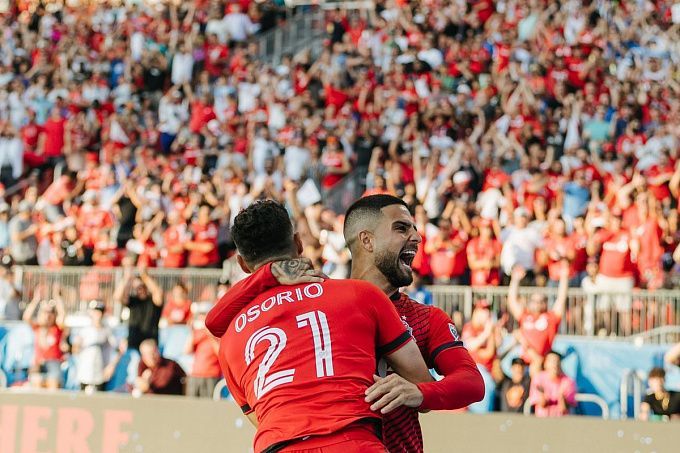 Prediction for the MLS New England vs Toronto, which will take place on July 31. Who will turn out to be stronger? Check the team conditions! Several betting options are available.

The Revolution have lost five straight MLS games and have fallen out of the playoff, occupying 10th place in the Eastern Conference. New England has had problems on both sides of the field this season since departed two key players departed. Matt Turner is now the goalkeeper for London's Arsenal and Adam Buksa will play for France's Lens. Giacomo Vrioni, formerly of Juventus, scored 19 goals for Tirol in the last Austrian Bundesliga and may replace Buksa. The good news is that their Infirmary is nearly empty.

Bruce Arena's team drew in the last regular-season game with Columbus, 0:0. New England team had nothing on offense and most of the time they were huddled up against their own goal. Overall, the draw was fair, but the opponent was much closer to success. Before that, the Revolution performed decently against the leader of the East, Philadelphia, but lost 1:2. For a long time, the team successfully withstood the onslaught of the Union team, forcing the visitors to shoot from distance. And soon New England took the lead. They failed to keep it: the opponents converted a penalty.

Until recently, Toronto dominated the MLS, but then there was a sharp decline. Even making the playoffs would have been a great success for the Canadian club. Toronto is currently at the Eastern Conference's bottom, but the team's management is not going to accept that. The club got Federico Bernardeschi, Lorenzo Insigne and Domenico Criscito in the summer, but suffered serious losses: Alejandro Pozuelo left for Inter Miami. Toronto's offense and defense are imperfect: the Canadiens are penultimate in the league in terms of xG, and their defense is the worst. Noble Okello, Chris Mavinga and Quentin Westberg are still injured, with the latter two having played 8+ games on the field this season.

The day before Toronto lost on penalties to Vancouver in the Canadian Championships final, 1:2. Before that, Bob Bradley's team defeated Charlotte 4:0 at home, their only win in their last 7 games in all competitions. The first goal was a fluke, the ball actually ricocheted off Jonathan Osorio. The team scored all 4 goals in the 1st half, Michael Bradley made the double and Federico Bernardeschi had a goal and an assist.

The Revolution are in a very unenviable position, but to cover the departure of two key players is quite realistic. The club hired a strong forward who should not get lost in the MLS, all that is left is to establish a balanced playing. New England looked good on the road against the NL East leader and somehow managed to seal a draw against Columbus. Now it's time to rectify the situation at home. Toronto has a hot schedule because of the games in Canada and Bob Bradley's team had a lot of luck in their win against Charlotte.