New York City vs Real Salt Lake: a Victory for the Hosts in a Resultative Match 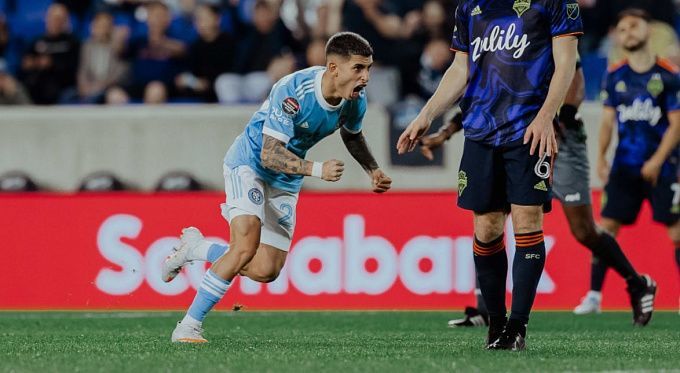 One of the central matches of the next round of the MLS will be the duel between New York City and Real Salt Lake. Both teams have problems in terms of results, especially the NY Citizens. Despite all this, the bookmakers remain true to themselves, putting the City as the notable favorite in the upcoming meeting.

The results of New York City in the MLS can be explained very simply - the hosts' tough schedule. The thing is that the City, in addition to the MLS, until recently also played in the CONCACAF Champions League, but left the tournament at the semifinal stage, losing in a two-match clash to Seattle Sounders. Playing on two fronts made life difficult for NY, but now they can fully concentrate on the domestic tournament. We're waiting for better performances. Some improvements are necessary, given that New York City is only in 12th place in the Eastern Conference standings before the start of the upcoming round.

In contrast to NY, Real Salt Lake was fully focused on the MLS, but in the last three rounds this team earned only two points, playing draws with Colorado and Toronto, losing to Sporting of Kansas City. Real Madrid's recent results are weak, however, the visitors occupy third position in the standings in the West with 12 points, just one point behind leading Los Angeles FC. On the road, Real has played four matches, winning once, drawing twice and losing, a goal difference of 4:4. This statistic is the fourth in the West.

We note an interesting detail in the relationship between the City and Real, namely the fact that all matches played between these teams to date ended with a TO (1.5). Almost no doubt that in the upcoming game the teams will score at least two goals. As for the outcome, let's bet on the home team.

Real Salt Lake, no matter how we look at it, is a top MLS team. This club recently had the troubled results, but even in away matches Real regularly scores, there is every reason to believe that the guests will shoot in the upcoming game. At the same time, once again, we believe in the victory of New York City.