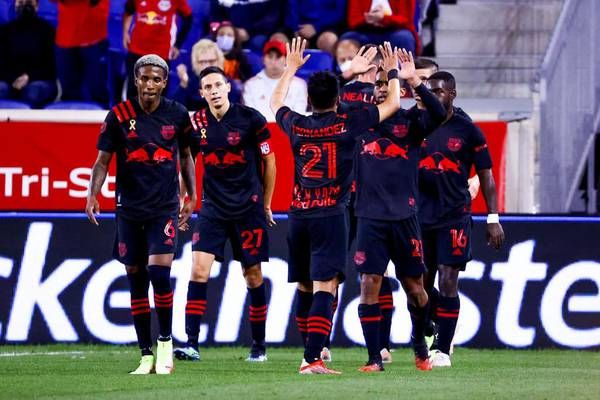 The New York Red Bulls go toe to toe against Inter Miami in the Red Bulls Arena. Both teams are 5 points apart on the Eastern Conference table, with Inter Miami having a game in hand, so a win for either side is crucial. The Red Bulls are 4th on the table and aim to finish higher, while Inter Miami are 6th and are currently being chased by 7th place Columbus Crew, who have a game in hand.

The previous game between these two teams was a one sided affair, as Inter Miami easily secured a 2-0 win against the New York Red Bulls.

The Red Bulls of New York have been poor lately as stats reveal they have recorded just 1 win in their last 5 games. Even worse at home, they are without a win in the last 4 games.

They played a 1-1 draw against FC Cincinnati in their last game. Both teams found the back of the net, early in the first half. FC Cincinnati drew first blood in the 13th minute and The Red Bulls responded from the spot in the 23rd minute. There was little after that and the game ended in a stalemate.

The Red Bulls have played 27 matches so far in the MLS and they have recorded 11 wins, 8 draws and 8 defeats.

Inter Miami have been in good form lately. They are currently on a 3 match win streak leading to this match. And they look set to make it a 4th with a win here. Their ambitions are clear; they aim to end higher and there's a strong indication they might if they maintain a positive form. They are level on points with Orlando at 5th spot and a win could see them leapfrog Orlando.

Inter Miami grabbed a 2-1 win against Toronto on home soil, but will they be able to produce a similar result on the road this time?

Inter Miami struggle while playing away from home. In their last 5 away games, they have only won once.

Inter Miami have played 26 games in total and they have recorded 10 wins, 6 draws and 10 losses.

Both teams have met just 5 times throughout their history. New York Red Bulls lead the line with 3 wins and Inter Miami are close behind with 2 wins.

Based on form, Inter Miami should be comfortable against a struggling opposition. But again, Inter Miami don't do too well away from home. So we will keep it safe here.