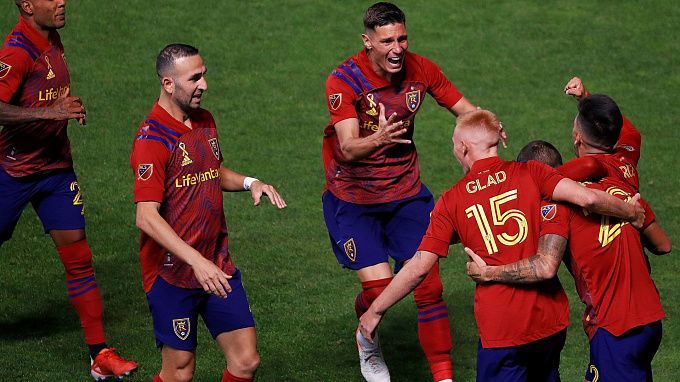 Prediction for the MLS Real Salt Lake vs Columbus Crew match, which will take place on June 26. Who will turn out to be stronger? Check the team conditions! Several betting options are available.

Real Salt Lake has been showing great playing. Ahead of the game, they are in second place in the West with 28 points, just two behind leading Los Angeles. Pablo Mastroeni's men have four wins and just one loss, 1:2 to Vancouver, in their last five games. But after that, Real Salt Lake recovered and beat the San Jose Earthquakes 2:0 past game.

Columbus Crew isn't shining at all. They are in 11th place in the Eastern Conference standings with 17 points, six points behind the playoffs. After two defeats (0:2 to New York City and Los Angeles), Columbus Crew beat Atlanta (2:1) and drew with Charlotte (1:1).

Analysts consider Real Salt Lake the favorite, and we agree. Not only is Columbus Crew weak overall, but the hosts have as many as six wins and one tie in seven games. They'll probably get another one, so we'll take their victory. Prediction: Real Salt Lake to win.