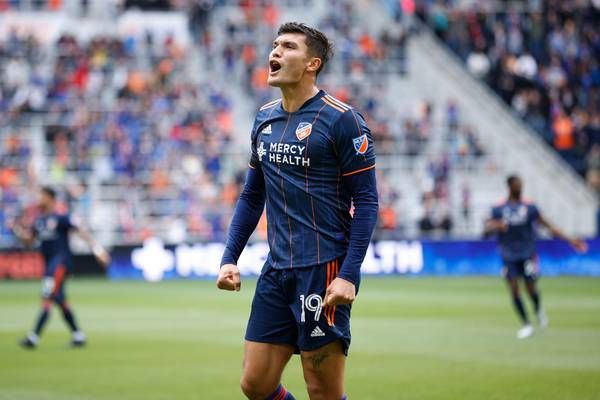 Real Salt Lake are in dire need of some good results. They are in poor form currently as they only recorded 1 win in 5 games. Real Salt Lake lost 3-0 to Austin FC in their last match. Both teams struggled to create goal scoring opportunities in the 1st half but the hosts came out guns blazing in the second half, scoring three goals in the 60th, 76th and 80th minute. Real Salt Lake had the greater share of the possession with 55% going their way and registering 6 shots on target, but in the end it was the home side that had the win.

Real Salt Lake have no wins in 3 matches and no goals scored in the same amount of games. In ⅞ matches, less than 4.5 cards have been shown.

Bobby Wood, Damir Kreilach and Zack Farnsworth are all injured and won't feature in this match.

FC Cincinnati have proved to be a formidable unit all season. They have not lost in their last 5 matches. FC Cincinnati trashed San Jose Earthquakes 6-0 in their last game. Alvaro Barreal sent the hosts with a 1-0 lead into the break. And in the second half, the hosts turned up the head, scoring 5 goals past the San Jose goalkeeper. Brenner scored a hat trick, with Luciano Acosta and Yuya Kubo also finding the back of the net. FC Cincinnati will carry lots of confidence into this game.

Geoff Cameron will sit this one out as he faces disciplinary actions after seeing a red card last time out. Beckham Sunderland and Kenneth Vermeer are also out for health concerns

Real Salt Lake won the only match between these two clubs. That match ended 3-0.

It wouldn't be a surprise if FC Cincinnati take the hosts on in this match. They won their last match in class and they will want to prove themselves with a follow up win here. Real Salt Lake will need to stay tight at the back to prevent conceding goals but that looks almost impossible.