Real Salt Lake vs Vancouver Whitecaps: An exciting encounter on our hands 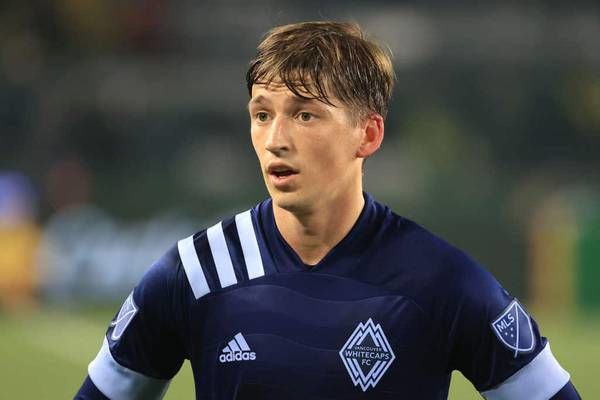 Real Salt Lake faces Vancouver Whitecaps in the Rio Tinto Stadium. The first leg between these two ended in a 2-1 victory for the visitors.And this reverse fixture promises to be equally as dramatic and exciting.

Currently both teams face each other, with as little as 4 points separating them on the Western Conference table.

Real Salt Lake have done well to bounce back to a win after going 3 games without a win. That win was against Seattle Sounders last time out. The visitors took the lead in the first half from a strike from Sergio Cordova. Coming into the second half, host drew level in the 61st minute and Andrew Brody restored the lead 4 minutes after, to ensure the visitors picked all 3 points.

However it is difficult to say if they will follow it up here with another win, as they have lost their last 2 games on home soil. The last defeat came against Los Angeles FC. The visitors ran out big winners, after trashing the home side 4-1.

Real Salt Lake are in 5th spot on the Western Conference table with 37 points. In their 25 matches in the MLS, they have 10 wins, 7 draws and 8 defeats.

Vancouver are currently in the playoff zone but faces tough contention from teams below. They have 33 points and currently sit at 7th spot in the Western Conference table. After 26 games, Vancouver have managed 9 wins, 6 draws and 11 defeats.

Vancouver recently recovered from a 5-2 defeat against LA Galaxy, after beating Colorado Rapids 2-1. Vancouver had the game already in their grasp after scoring both goals in the 14th and 40th minutes of the first half. The opponents could do little, but they responded in the 76th minute.

Vancouver Whitecaps are going through a difficult situation whenever they play away from home. They have played their last 5 games without a win. They have managed 4 draws and 1 loss in their 5 away games.

Their last away match ended in a defeat against LA Galaxy and the visitors will be chasing this game, as they look set to end their away problems.

Between these two teams, 20 matches have been played. Vancouver Whitecaps lead the battle with 11 wins and Real Salt Lake follow behind with 7 wins and 2 matches ended in a draw.

Real Salt Lake are the bookmakers favorite and it's no surprise at all. With the away side looking for their first away win in their last 5 games, you can expect to see an open scoring game here. Stats shows, both teams are capable of grabbing a goal atleast.