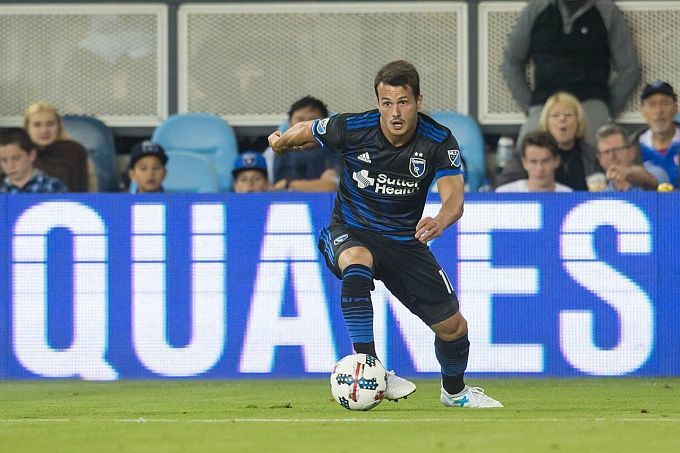 Another MLS match will take place on July 18 in California where San Jose Earthquakes will take on Houston Dynamo at 04:30 (UTC+3).

San Jose Earthquakes are one of the oldest teams in MLS, formed back in 1994. Their best years came at the beginning of the 21st century, when the Black and Blues twice won the MLS Cup, then their results went down. Last season the Goonies failed to reach the playoffs, and as the results of the current championship suggest, they risk to miss the Cup battles again. They made a very poor start, with their first win coming in Week 9. Gradually Alex Covelo's team began to improve, but for now they are only in the last but one spot in the Western Conference standings.

Houston Dynamo is a younger team, which only started in 2005. Without thinking long, Orange Crush became champions already in 2006, and defended the title a year later. It seemed that no one will be able to snatch their championship throne, but those two titles are still the only ones for the club. Last season El Naranja fell apart and failed to make the playoffs, and even now they are failing to make progress. In the current championship, Paulo Nagamura's men have played 20 games, gaining only six victories, drawing four times and losing ten. As a result, they currently occupy 13th place in the Western Conference standings.

Within the MLS, the teams have played 28 head-to-head encounters. On the account of the Black and Blues there are nine wins, Orange Crush stronger in 15 games, the rest four games a draw. The goal difference is also on the Orange's side, 43-36. This season, the opponents met once, Houston celebrating a 4-3 win.

The teams are located on the neighboring lines in the Western Conference standings, but they approach the encounter in different form. The Black and Blues had a poor start to the season but slowly picked up steam, while the Orange have the opposite. What's more, the Californians have won five of their previous six home games, while the Orange have failed to win on the road in five straight. As a result, we have to bet on a San Jose Earthquakes win at odds of about 2.05.

The rivalry between the San Jose Earthquakes and Dynamo Houston promises to please us with high scoring activity. The thing is that the two teams don't mind flashy and efficient soccer and the statistics of the current season only confirms it: In 20 games with the participation of El Naranja, they scored 53 goals (2.65 average per game) and the Goonies scored 71 goals in 19 games (3.74 average per game). Moreover, the first head-to-head encounter of the current season ended 4-3, so the best option seems to be Total Over 3.5 goals at odds close to 2.40.

Jeremy Ebobisse is one of the star players in the San Jose Earthquakes roster. He has been especially impressive this season, having scored 11 goals in 19 games played, which is a repeat of his personal record for efficiency, and there is still a solid stretch of the championship ahead of him. In the two previous rounds in a row, the American did not leave the field without a goal, which confirms his excellent form, so it is worth looking at the bet on Jeremy Ebobisse goal with odds of about 2.50.

Our prediction: San Jose Earthquakes win at odds of 2.05 at Bet365.