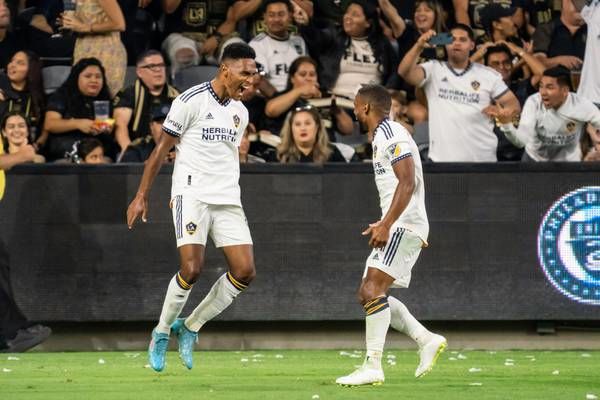 LA Galaxy face a tough test as they travel to the Earthquakes Stadium to face San Jose Earthquakes. LA Galaxy come into this game after recording a huge 4-1 win against Colorado Rapids and San Jose Earthquakes only managed a 1-1 draw against FC Dallas. The last time these two faced each other, San Jose Earthquakes won 3-2 on LA Galaxy's home turf. LA Galaxy were punished for a slow start by conceding 3 goals in the first 45 minutes through goals from Cristian Espinoza, Jeremy Ebobisse and Marcos Lopez. However the hosts fought hard in the second half and pulled 2 goals back as Dejan Joveljic scored a brace. Unfortunately they had to settle for a defeat at the end of 90 minutes as the 3rd goal eluded them. LA Galaxy were better on the pitch than the visitors as they took 54% of the possession and registered 8 shots on target, but it was the visitors who took all 3 points.

LA Galaxy are 7th in the Western Conference while San Jose Earthquakes are 14th.

San Jose Earthquakes are in poor form currently as they are without a win in their last 3 matches. They lost 2 games on a bounce and their most recent match ended in a 1-1 draw against FC Dallas. Jader Obrian gave FC Dallas an early lead in the 16th minute and San Jose Earthquakes did well to respond in the 24th minute as Jeremy Ebobisse converted from the penalty spot. Both teams fought hard to take the lead in the second half but neither had the breakthrough. FC Dallas were left to finish the match with 10 men, as Paul Arriola was shown a red card for violent misconduct in the 83rd minute. But the hosts couldn't capitalize with just 7 minutes left in the game. San Jose Earthquakes dominated the possession taking 55% but could only register 3 shots on target, same as the opposition.

Carlos Akapo, Will Richmond, Ousseni Bouda, Casey Walls, Siad Haji, Gilbert Fuentes and George Asomani are out due to injuries.

LA Galaxy have endured a poor form recently. After 3 defeats on a bounce, they lost the next and picked up a surprise win last time out. LA Galaxy dismantled Colorado Rapids 4-1 in their last game. The team produced a bright first half, scoring 3 goals in the first half without conceding. Gaston Brugman, Raheem Edwards and Javier Hernandez were all first half scorers. In the second half, the hosts didn't show signs of slowing down as Gaston Brugman scored his second of the night. In the 62nd minute, Douglas Costa was given the straight red card and the hosts were forced to play with 10 men for the rest of the game. But they controlled most parts of the game and the visitors only pulled one back in the 91st minute. LA Galaxy were the better team at the end of the match, taking up 51% of the possession and registering 12 shots on target.

LA Galaxy are without a clean sheet in 9 matches. In 8/9 matches, more than 2.5 goals have been scored and both teams have scored. LA Galaxy have been first to score in 6/8 matches and first half winners in the same amount of games. More than 4.5 cards have been shown in 6/8 matches.

Julian Gaines and Erik Dueñas are currently unavailable for selection due to injuries.

These two teams have played 19 matches against each other. San Jose Earthquakes are the better team with 11 wins while LA Galaxy have 5 wins and 4 matches ended in a draw.

Both teams are unreliable so far. And that applies to the LA Galaxy team despite their latest win. It's just too much a risk to pick an outright winner. Stats show that San Jose Earthquakes are better at home as well as LA Galaxy are poor away from home. But still the home team can easily have an off day and get beaten by LA Galaxy or it could easily go either way.