San Jose vs Minnesota: can the Earthquakes continue their unbeaten streak? 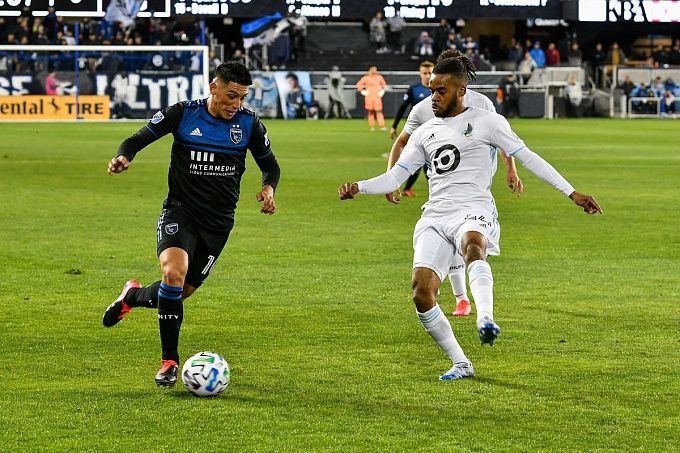 San Jose will battle Minnesota in the next battle of the MLS series. Will this match end the Earthquakes winning streak?

The Earthquakes have not lost a single time in over a month, but during the stretch of 8 games they won only twice and the rest of the games ended in a draw. In terms of defense, San Jose is still one of the weakest teams and they are only in 9th position in the conference. During the summer the club is trying to strengthen its lineup: the acquisition of defender Nathan and forward Jeremy Ebobisse looks solid by the standards of the MLS. Javier Lopez has been in great form lately, scoring 2 goals in 4 games. Cristian Espinosa is also worth mentioning, but the 17-year-old Cade Cowell is not very consistent yet. Lopez will not play against Minnesota due to yellow card penalties, while Matt Bersano, Benji Kikanovic, Jacob Akanyirige, Luciano Abecasis, and Tommy Thompson are injured.

The day before, Matias Almeida's team tied with Vancouver 0-0 at home. The game didn't have many goals scored, although the teams did a total of 23 shots on target. San Jose defended well this time and was closer to winning. In the 94th minute, Cade Cowell missed the shot from outside the box, which was the Earthquakes' only chance to score

Minnesota has become a consistent playoff contender over the past few years, and it's not just the coaching, but also the club's management. The team has players with experience of performing in Europe and Romain Metanire and Adrien Hunou, who played in the French Ligue 1, are particularly good players in the team. Minnesota have won their last 6 matches where Robin Lod scored a total of 4 goals. The Finnish midfielder was injured the day before but he should be back on the field by the game with San Jose. Franco Fragapane is out for sure and the participation of Jacori Hayes is also questionable.

In Lod's absence, Adrian Heath's men snapped their winning streak and lost at home to Los Angeles Galaxy with a score of 0-1. Minnesota attacked for most of the game and had several good opportunities to score, although players often shot from uncomfortable positions. In total, they had 21 shots on goal, but their opponent better utilized their scoring chances. The Galaxy goalkeeper had to step in more than once and made no mistakes.

San Jose was not particularly impressive against one of the Western Conference underdogs and Minnesota should take advantage of that. The Earthquakes' defensive problems may reappear, and they have allowed 27 goals in 19 games thanks only to sheer luck. The last face-to-face matches also speak in favor of the visitors, so the choice is obvious. I suggest betting on the following outcomes: