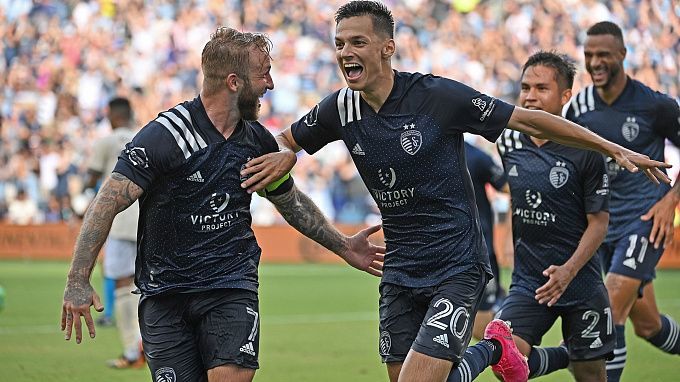 Sporting Kansas City and San Jose Earthquakes will battle on Thursday night in the USA Major League Soccer. Let's take a look on the  teams' forms and advise you on what to bet on. We'll suggest a few options for you to bet on!

Sporting Kansas City are fighting for the lead in the West Conference standings. This team is in second place in the table with 26 points, just three points behind first place Seattle Sounders and also with a game to spare. Sporting Kansas City have three wins in the last three matches, 3-1 over the Colorado Rapids, 2-1 over Los Angeles and 2-0 over the Los Angeles Galaxy.

The San Jose Earthquakes are at the other pole of the Western Conference standings - the team is in 12th place, with 12 points. However, the gap from the playoff zone is not that big - only four points. The San Jose Earthquakes are currently on a nine-game victoryless streak, with six losses and three draws. In the last game, the team shared points with the Colorado Rapids (1-1).

Sporting Kansas City are far superior to San Jose Earthquakes. The former team has a chance to match the leader in points tonight, and the latter, who can't get a victory in nine games in a row already, are unlikely to beat them. We're betting on a certain victory for the home team, and we don't rule out the possibility of a blowout. Prediction: Sporting Kansas City with a handicap (-1.5).