Toronto vs New York City: the Canadians to take advantage of the city's packed schedule 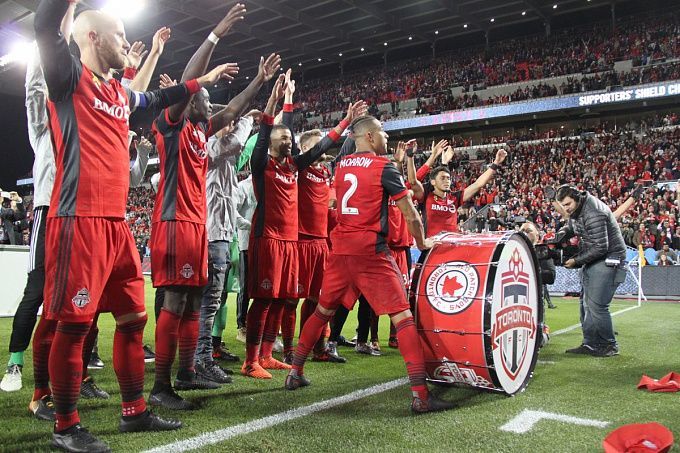 The central match of the MLS round 5 is the duel between Toronto FC and New York City. The teams representing the Eastern Conference are not off to the best start in the new season. Despite the home advantage, the bookmakers are on the side of New York City. That said, the Canadiens had a good home game before the break and scored three points for the first time in the season.

The Canadiens started the MLS season by drawing with Dallas 1-1. Then, Toronto FC lost two games in a row, 1-4 to the New York Red Bulls and 1-2 to the Columbus Crew. In the fourth round, the Canadians beat DC United 2-1 on home field. Before the start of round 5, Toronto sits as low as 12th in the Eastern Conference standings with an asset of 4 points and goal difference 5-8. Toronto FC's home stats are 11th in the division, +1=0-1, 3-5 goal difference.

One of the richest teams in MLS had a very busy schedule at the start of the season. Besides the MLS matches directly, New York City fought in the CONCACAF Champions League, where they have already reached the semifinals and will now face Seattle. The interesting thing is that the semifinal pairs turned out to be national: American and Mexican. In MLS, New York City had losses to the Galaxy 0-1 and Philadelphia 0-2, a tie with Vancouver and a 4-1 win over Montreal. Note that the first semifinal of the CONCACAF Champions League is scheduled for April 7, and we believe that it is the tournament that the coaching staff of the Citizens is more concerned about right now. In the MLS, the group stage has just begun and they can sacrifice a couple of regular-season games to get a quality result in the Champions League.

Toronto and New York City played each other 20 times, seven wins for the Canadians with seven draws and six victories for the Citizens with a goal difference of 36-27 in favour Toronto. Notably, these teams have faced off exclusively in the MLS. Toronto FC recorded 10 matches against New York City, four won by the home team, two ending in a draw, with four victories for the Citizens, goal difference 17-12 in favor of the Canadians. In 2021, Toronto and New York City played each other twice in a draw, 2-2 in Canada and 1-1 in New York.

Potentially, the team from New York City is stronger than Toronto FC. However, we should not forget that the home advantage is of great importance in the MLS. In addition, five days after the upcoming game, the Citizens will have their first match against Seattle in the CONCACAF Champions League semi-finals and this factor will probably have a negative impact on thSe result of the upcoming match for the guests. The first bet: Toronto Not To Lose for 1.80 from 1xbet.

Moreover, we would not be surprised if the Canadians get their second home win of the season on Saturday. New York City is torn on two fronts, the visitors' results show that this team has a hard time with such a packed schedule, and the CONCACAF Champions League is a priority. The second bet: Toronto FC will win for 3.46 from 22bet.