Toronto vs New York Red Bulls:Toronto has no chances! 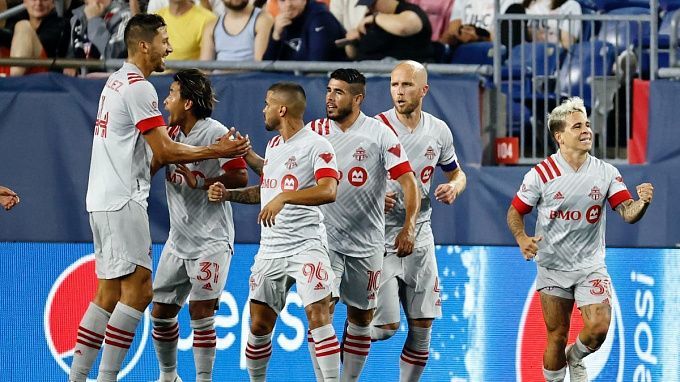 Toronto and the New York Red Bulls will battle on Thursday night in the USA Major League Soccer. Let's take a look on the  teams' forms and advise you on what to bet on. We'll suggest a few options for you to bet on!

Toronto is outside of the playoff places in the MLS Eastern Conference. They have shown a completely different side in the last two matches. The team broke its six-match losing streak and sensationally beat New England Revolution (3-2) and then tied with Orlando City (1-1). However, Toronto didn't move up the table much - from last place to the penultimate, with only nine points.

The New York Red Bulls, on the other hand, are pursuing other goals. Right now they are one step away from the playoffs in eighth place with 17 points. The team just needs a bit more to make it to the next stage of the tournament.  As for the New York Red Bulls' recent results, they have not lost in three straight games. First, they played a draw with Atlanta (0-0), then defeated Orlando City (2-1), and after they tied with the Philadelphia Union (1-1).

It feels like Toronto is just getting lucky. You can't judge by two victories, but a streak of six losses in a row speaks for itself. The New York Red Bulls are not a top team but a middling team, so they should beat an outsider like Toronto. We suggest betting on their victory. Prediction: New York Red Bulls will win.