Vancouver Whitecaps vs Seattle Sounders FC Prediction: Back an exchange 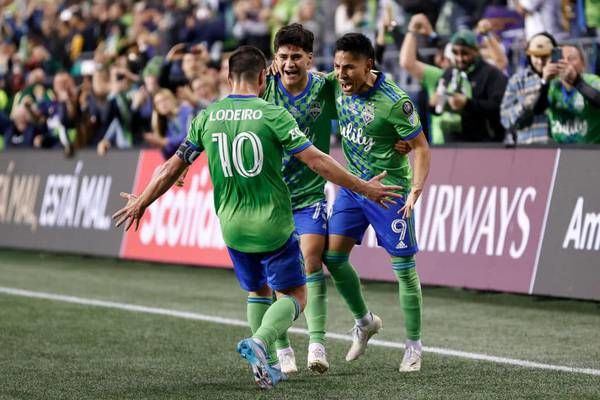 Vancouver Whitecaps and Seattle Sounders will face each other again in the BC Place. Both teams are coming off a win in their previous games and look set to continue the positive result.

The last time Vancouver Whitecaps played against Seattle Sounders, Seattle won 4-0 on their home ground. Seattle Sounders showed their dominance in both halves, scoring 2 goals in each of them. Nicolas Lodeiro opened scoring in just 5 minutes before Raul Ruidiaz converted from the spot in the 28 minutes. In the second 45, Seattle Sounders continued their scintillating form, Raul Ruidiaz scored his second in the 54th minute and Alex Roldan scored the last goal in the 89th minute.

Vancouver Whitecaps are currently 11th with 37 points and Seattle Sounders are 9th with 39 points in the Western Conference.

Vancouver Whitecaps have been struggling until they grabbed a surprising win against LA Galaxy last time out. They beat LA Galaxy 3-0 on this ground. After a goalless draw in the first half, the hosts came into the second half guns blazing. Ryan Gauld was first on the score sheet in the 57th minute before Pedro Vite doubled the lead in the 68th minute. The host finally put the game to bed, scoring the third goal in the 86th minute. LA Galaxy had 68% of the possession but the hosts registered more shots on target, with 6 shots going the way of the hosts.

In 6/8 matches of Vancouver Whitecaps, more than 2.5 goals have been scored and more than 10.5 corners have been played in ⅘ matches.

Sebastian Berhalter and Lucas Cavallini are both suspended while Déiber Caicedo and Cristián Gutiérrez are sidelined due to injuries.

Seattle Sounders seemed to have found their form after recording two wins in succession. They come into this match after beating Austin FC 3-0 on their home turf. Raul Ruidiaz was star performer in the match scoring a brace to give the hosts a comfortable 2-0 win in the first half. In the second half, Austin FC's Ruben Gabrielsen scored an own goal and the game was truly over for the visitors. Seattle Sounders dominated every part of the game, taking up 53% of the possession and gaining 4 shots on target.

In 7/7 matches of Seattle Sounders, more than 2.5 goals have been scored and both teams have scored in 6/7 matches. In 7/9 matches, less than 4.5 cards have been shown and more than 10.5 corners have been played in ⅘ matches.

Andrew Thomas, Cristian Roldan, Obed Vargas and Joao Paulo are all out due to injuries.

It's difficult to say who has an upper hand here. Both teams had a period of struggle before picking up a win in their latest matches. Both teams also went on a scoring spree in their last match hopefully we can see that attitude from both teams.