Valencia vs Athletic: the Opponents Love to Score Each Other 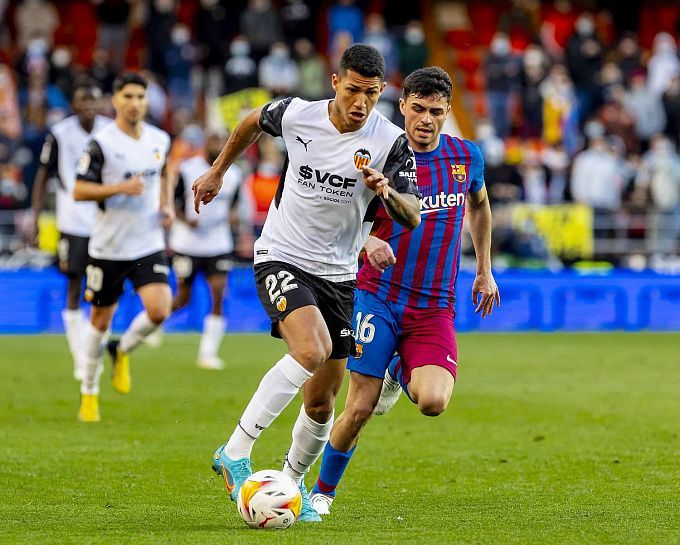 In the second leg of the Copa del Rey semifinal, Valencia will host Athletic. The first meeting between them ended with a score of 1:1. Who will qualify for the final of the tournament? What's the best bet? All the answers you will find in our prediction. We also offer a few options for betting.

Valencia began its journey in the Spanish Cup with the last 132, where it easily outplayed the little-known Utrillas (3:0). Then came confident victories over Arenteiro (3:1) and Cartagena (2:1). The Bats reached the semifinals of the Copa with difficulties. In the round of 16, they faced Baleares and advanced to the quarterfinals due to the first-minute goal (1:0). In the quarterfinals, Valencia beat Cadiz 2:1.

Nothing can embarrass Athletic in the Copa del Rey. At the beginning of their way in this tournament, the Basques calmly defeated Mancho 2:0, but what happened next... The team showed their character in the last 16 and quarterfinals, knocking out the Copa Barcelona 3:2 and Real Madrid (1:0). We do not expect the Basques' hyperactive offensive game in the upcoming semifinals. Most likely, they will play in defense on the counterattack.

The meeting between two teams of equal class so we cannot determine the favorite. The opponents showed relatively balanced playing in the first match, and the score confirmed it - 1:1. In the return game, we expect the same result. It should be noted that in the last four head-to-head encounters, the bet "BTTS" worked out. In general, we think that this game will not be an exception.