Velez Sarsfield vs Racing: bet on a draw 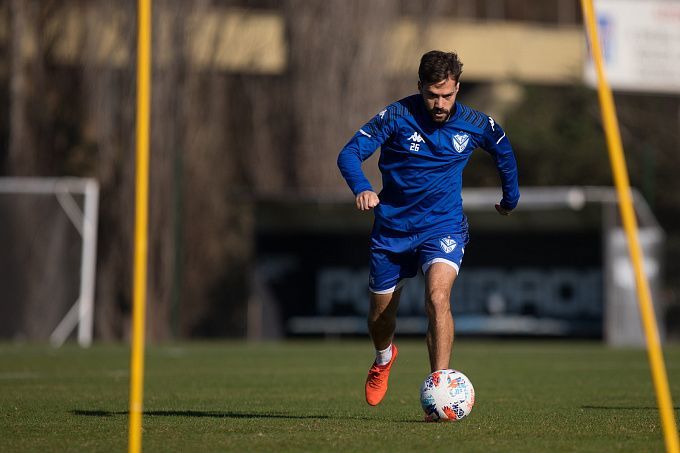 Finally, the championship of Argentina started, just three days after the first Libertadores Cup matches. We consider the clash between Velez Sarsfield and Racing to be one of the highlights of the opening game day. By the way, both of these teams are in the playoffs of the Libertadores Cup and thus are in great form.

Velez Sarsfield got off to a good start in the Libertadores Cup playoffs. El Fortín, as Velez Sarsfield is known in Argentina, played against Barcelona of Guayaquil. Thanks to Lucero's goal in the seventh minute, they beat the Ecuadorians 1-0. At the same time, we can't say that, statistically, Velez Sarsfield outplayed their opponent, in an equal match, which means that in the return game the Argentinians will have a hard time. We also note that Barcelona kept out Santos in the group stage and was ahead of Boca Juniors in the standings. Against Barcelona, Velez Sarsfield played through a 4-2-3-1 tactical scheme, with the tip of Lucero, who scored.

In the Professional League Cup, Racing reached the final, where they lost to Colon. In the first match of the 1/8 finals of the Libertadores Cup against Sao Paulo, Racings drew 1-1. Vitor scored for the Brazilians, while Copetti scored for the Argentinians. Overall, São Paulo had the best statistics in terms of shots towards goal and into the box, but Racíng outplayed its opponent in terms of possession. Before the return game, Racing has a good chance of reaching the quarterfinals.

Despite the lack of playing practice, both teams are in good shape. At least, both Velez Sarsfield and Racing have positive results in the 1/8 of the Libertadores Cup and. We think that the upcoming meeting will be hard and unlikely to be fruitful. We`ll offer the following bets: Draw for 3.125, ТO 1.5 for 1.44.