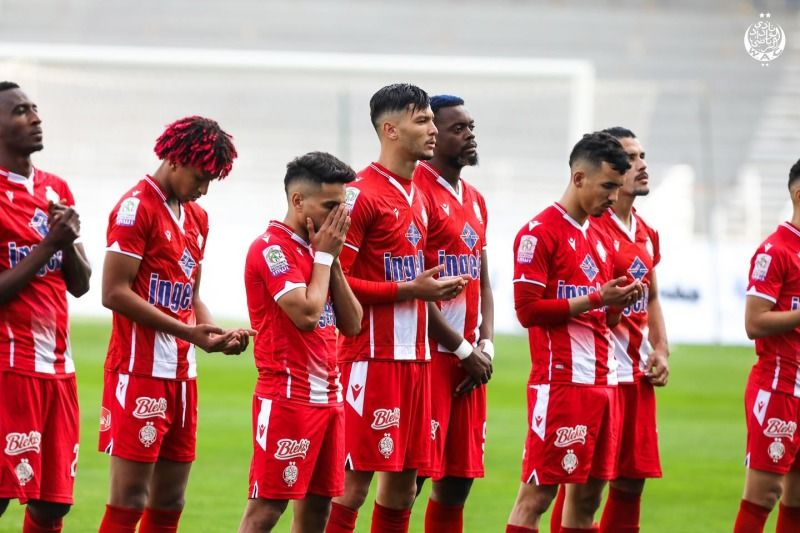 Wydad Casablanca will lock horns with Raja Casablanca at the Stade Larbi Zaouli Stadium.Both teams have won seventeen Morocco cups, with Raja claiming eight and Wydad claiming nine. However, we believe it's going to be an intriguing match.

The Botola Pro league and the CAF Champions League winners are eyeing the treble this season. Wydad Casablanca have been so fortunate that whatever they do turns into silverware.

The Red Castle have been the best team in the league this season, and their fans will be over the moon if they eventually progress to the next level.

They have lost twice at home this season, having won eleven and drawn one in the last fourteen home games.

The Green Eagles finished as a runner-up in the just concluded Botola Pro League and were behind on three points. They fought so hard, but it wasn't enough. This is another excellent opportunity to lay their hands on silverware this season.

Raja Casablanca still has a fresh memory of winning the trophy in 2017.

Raja Casablanca must draw motivation from their (2-0) victory over Wydad to defeat them on a neutral ground.

In the last twenty meetings between both teams, Raja Casablanca have won five while Wydad have recorded five victories with ten games ending in a draw.

Both teams are two of the best teams in Africa; the Derby isn't going to be the same as we are told fans won't be allowed in the stadium; however, we expect goals at both ends for 1.88.

Wydad didn't score in the last match against Raja Casablanca despite being the better team; it's going to be a different ball game as we expect Wydad to snatch all the points and win the cup for 1.73.