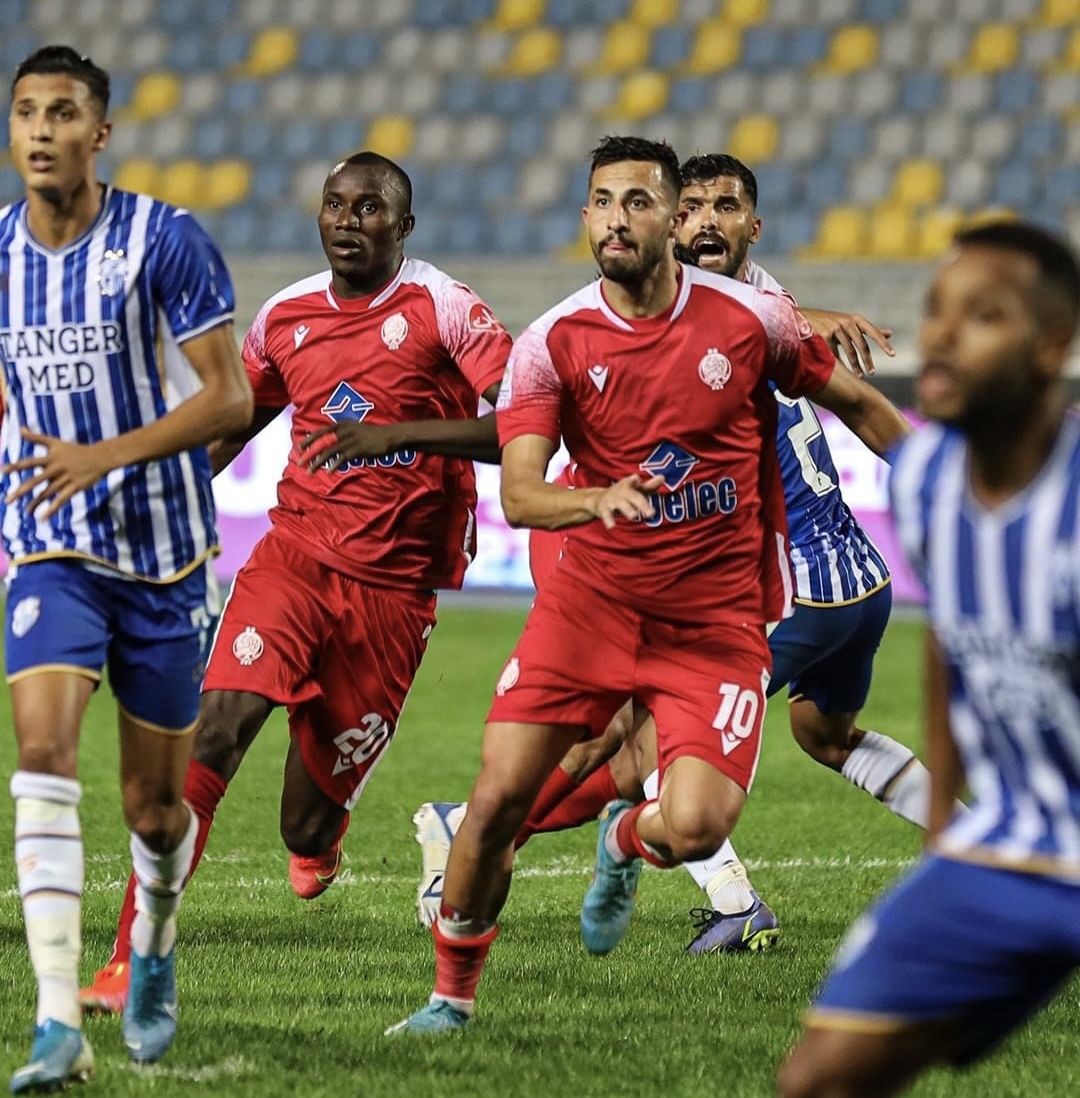 On Thursday, the Red Castle will square off against SC Mohammedia at the Stade Mohamed V. The home side suffered one of their heaviest defeats in the division and will be desperate to secure all the points here.

Following their (3-0) defeat against a remarkable AS FAR Rabat, Wydad Casablanca acquired the services of the former Levante coach. They have been the second-best team in the league with five wins, a defeat, and three draws and have scored the second-most goals (11) and conceded seven.

Wydad Casablanca are unbeaten in the last four home games, with three wins and a draw.

The visiting side suffered their fourth season defeat and are now six points above the relegation spot. SCC Mohammedia were beaten by Olympic Safi at home. Mohammedia struck first after the break but lost control of the game when the visitors levelled. Both sides began to search for a winner, and the visitors shunned them as they scored in the 91st minute. They have been inconsistent this season, with three wins, two draws and four losses.

SCC Mohammedia have won once and lost three on the road this season.

The Red Castle are unbeaten against the visitors, as they have won three and drawn three in the last six meetings.

Wydad Casablanca can’t believe themselves as they were overwhelmed by AS FAR Rabat on the road. They will be desperate to win here, and we believe they will secure the points and score more than once for 1.73.

We might witness a home halftime win here for 1.91.