Zenit vs CSKA Moscow: Zenit to continue their winning streak 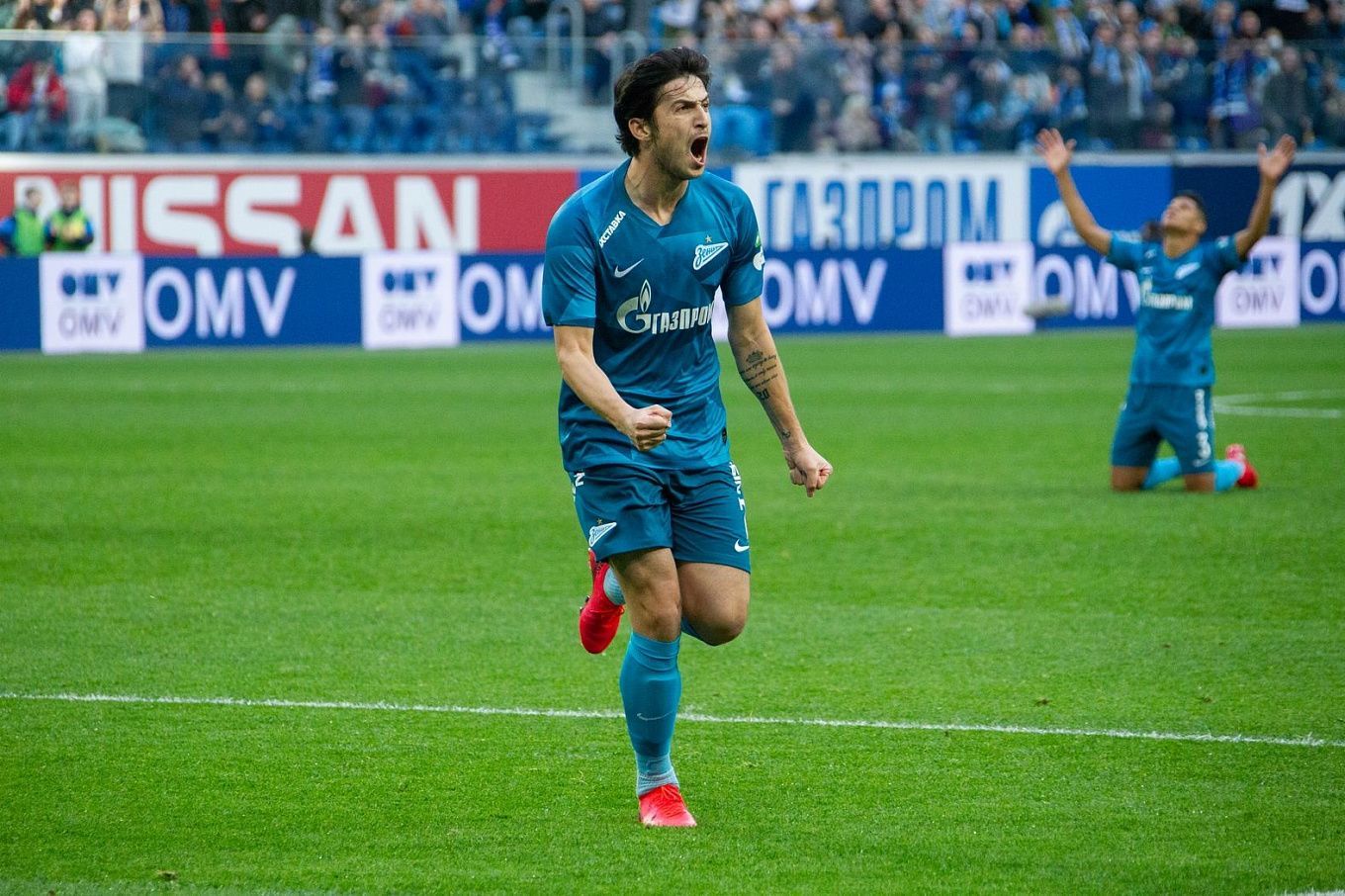 Zenit have beaten CSKA in their last 3 head-to-head encounters. Will the Militarians be able to break this unlucky streak in the upcoming game? Our prediction: the Blue-White-Sky Blues will win again!

Zenit lost the lead in the Russian championship for the first time in a while. Sergei Semak’s team slipped up twice in a row. While an away draw with Lokomotiv is considered a decent result, tying with Ufa was an unpleasant surprise. On the positive side, it was Claudinho’s first game for the Blue-White-Sky Blues, and the player spent all 90 minutes on the field, leaving a good impression. Zenit is now 2nd in the Russian Premier League standings, 1 point behind the leader.

CSKA, on the other hand, didn't get off to the best start of the season, but they're slowly picking up steam. In their opening three games, Aleksei Berezutski’s team managed only one win over Ufa, 1-0, losing both to Lokomotiv and Dynamo 1-2. It seemed that the new coach of the Red-blues had failed to keep up with his duties, but the situation gradually improved. First, CSKA beat Rostov 3-1 away, and last week the Moscow team took on Akhmat 2-0, outnumbering the opponent in minute 23. 19-year-old Vladislav Yakovlev was most impressive, scoring the winning goal, his first one for CSKA.

The teams played 52 head-to-head encounters within the Russian Premier League. Zenit has won 19 games, while CSKA has 16 victories, and 17 games ended in a draw. In terms of goal difference, the Blue-White-Sky Blues are also in advantage, 69-60. Last season the opponents met twice, Zenit winning both games, 2-1 and 3-2.

It has been tough for CSKA to play against Zenit lately. Their last victory was in November 2018, and four out of five more games to follow ended in favor of the Blue-White-Sky Blues, and one was a draw. No wonder Zenit is the favorite for the upcoming game too, with their top-tier performance this season, and the team from Moscow isn’t good enough to claim points against such a strong opponent. So the first betting option is Handicap 1 (-1.5) for 2.50.

Not only has Zenit beaten CSKA consistently, but the team has also been very productive offensively. In their previous five head-to-head encounters, Sergei Semak’s team scored a total of 13 goals (≈2.80 per game), which is rather impressive. In the current season, the Blue-White-Sky Blues have already played 6 matches, having scored 15 goals (≈2.50 per game) and proving their excellent form. That’s why Individual Total 1 Over 2.5 for 2.656 seems a viable option to bet on.

Sardar Azmoun had a great start this season. Beginning with the Russian Super Cup match, the 26-year-old forward scored a total of 5 goals in 4 consecutive games. After that, the Iranian didn’t score in two rounds, but he kicked a penalty in the game against Lokomotiv, and in the last game against Ufa, the player got the opportunity to rest, spending only 20 minutes on the field. Now Zenit forward will have a great opportunity to distinguish himself again, as he did not play so much in the last round and should be in good physical condition, so it is worth betting on Sardar Azmoun to score for 1.832.