Russia vs Lithuania: the Start for the Russians Won’t be Easy 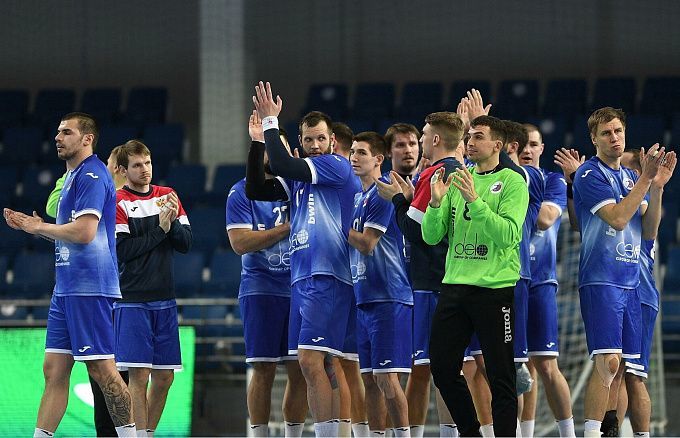 The Russian handball team will start the European Championship against one of the outsiders of its group - the Lithuanians. The Baltic team has always lost before - should we expect a sensation this time?

The Russians have not been among the favourites in the top tournaments in men’s handball for a long time, but Velimir Petković has assembled quite an exciting team. It lacked a bit to make it into the playoffs at the last World Championships but unexpectedly beat the Slovenians. All hope is now in Sergei Mark Kosorotov, who now plays in Poland for Wisła Płock. The young welterweight often made the tough shots at the 2021 World Cup, and he’s not afraid to take the lead. Dmitry Zhitnikov plays for the same club, and most of the players who went to the 2022 World Cup were from their home team. However, they encountered some severe losses. One of the national team leaders, Dmitry Kiselev, is injured. Also, Sergey Kudinov and Vyacheslav Kasatkin will not join.

Before the top tournament, the Russians had four sparrings but lost three times. After two defeats from the Belarusian team, Velimir Petković’s wards exchanged away wins with the Croatian team. In the last meeting, the Russian team was stronger (28:26). The opponent was without Luka Cindric and Domagoj Duvnjak, but in any case, the win over the Balkans was a good sign. Goalie Viktor Kireyev did well, hitting 34% of his shots, while Soroka and Zhitnikov in offence scored 4 and 5 goals, respectively. Kornev and Shishkarev worked on the edges, and Dmitry Santalov shot three long-range attempts.

The Lithuanian team has not participated in the top tournaments for more than 20 years. It will be challenging to count on even getting out of the group at the current Championship. The whole playing will be built around Aidenas Malašinskas, who has extensive experience of appearances in European competitions. Now Malašinskas plays for the Ukrainian Motor, which is just trying again to overcome the Champions League group stage. The only severe loss was Mikolas Lapinauskas, who tested positive for coronavirus.

The day before, Mindaugas Andriuska’s charges had played two sparring matches against the Latvian national team. After the draw 31:31, the teams played four halves of 20 minutes each, and the Lithuanians were more robust with a score of 37:36. Aidenas Malasinskas was the main hero of the meeting: he scored seven goals.

The Lithuanians cannot consistently beat solid European teams, but the victory over Iceland in the European Championship qualifiers does show some progress. The Baltics have some engaging performers playing for European clubs while Russian players return to their homeland. The losses in the squad also do not favour the nominal home team, and the sparring before the European Championship 2022 was not easy. I propose to bet on the following outcomes: