Spain vs the Czech Republic: It's Starting to Look Like a Blowout 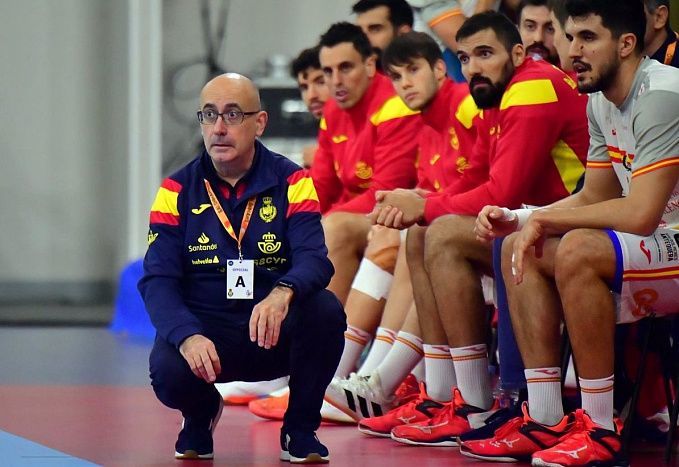 At the last World Handball Championship, the Spaniards, bronze medalists will face the Czech Republic in the first round of Euro 2022. Will the renewed Reds have problems at the start of the top tournament?

At the last two major tournaments, the Spanish team won the bronze: after the World Cup in Egypt, the team rose to the podium at the Olympic Games in Tokyo. True, the Red Fury lineup has changed drastically since then: Alex Dujshebaev got a knee injury, Raúl Entrerríos finished his career, and three top-tier newcomers - Chema Márquez of Granollers, Ian Tarrafeta of French Exa and Logroño point guard Agustin Casado - were called up for the 2022 World Cup. The Spanish goalkeeping line is traditionally the strongest in the tournament, with Rodrigo Corrales and Gonzalo Perez de Vargas fighting for the number 1 spot.

Considering the Olympics, Jordi Ribera’s players have won five games, and in January, they played two sparring matches. After a devastating victory over Iran (36:22), Spaniards barely defeated the Poles - 26:25. The end of the last game was dramatic: first, Red Fury did not convert a chance, and then Corrales made an incredible save seconds before the buzzer. Aleix Gómez shone bright with six goals against Iranians. Jorge Maqueda was the most productive player, scoring seven goals, while Angel Fernandez did the same with the Poles, scoring five times.

The Czech national team has consistently overcome the preliminary round in the last two European Championships. In 2018, it occupied 6th place. This time it will be more difficult because Pavel Horák, who plays for one of the strongest clubs in the world - German Kiel - will not join. Ondřej Zdráhala recently ended career, so the Czechs have a generational change. One of the current team leaders will be Stanislav Kašparek, who now plays in Belarus for Meshkov Brest. Great expectations are laid on for Jakub Hrstka, Roman Bečvar and Miroslav Jurka.

In the European Championship qualifying, Rastislav Trtík’sTrtík’s charges have won 3 games out of 6, drawing once with the Russians. November’sNovember’s sparring with the Austrians went well: after an away defeat with a difference of 5 goals, the team took revenge at home - 30:21. The game’s main hero was Vít Reichl, who scored eight goals.

Without Zdrahaly and Horák, the Czech Republic is an outsider for the 2022 European Championship. Even though the team has some talented handball players, not many are comparable in level with the reserves of the Spanish squad. The Red Fury is slightly rejuvenated, without Duishebayev, the win still will be more challenging to get, but the team must score more than 30 goals in the 1st round. Besides, the goalkeeping line of the Spaniards is way better than one of the Czech Republic so that it could come down to a blowout. I suggest betting on the following outcomes: