France vs Bahrain: It will be too easy for the French 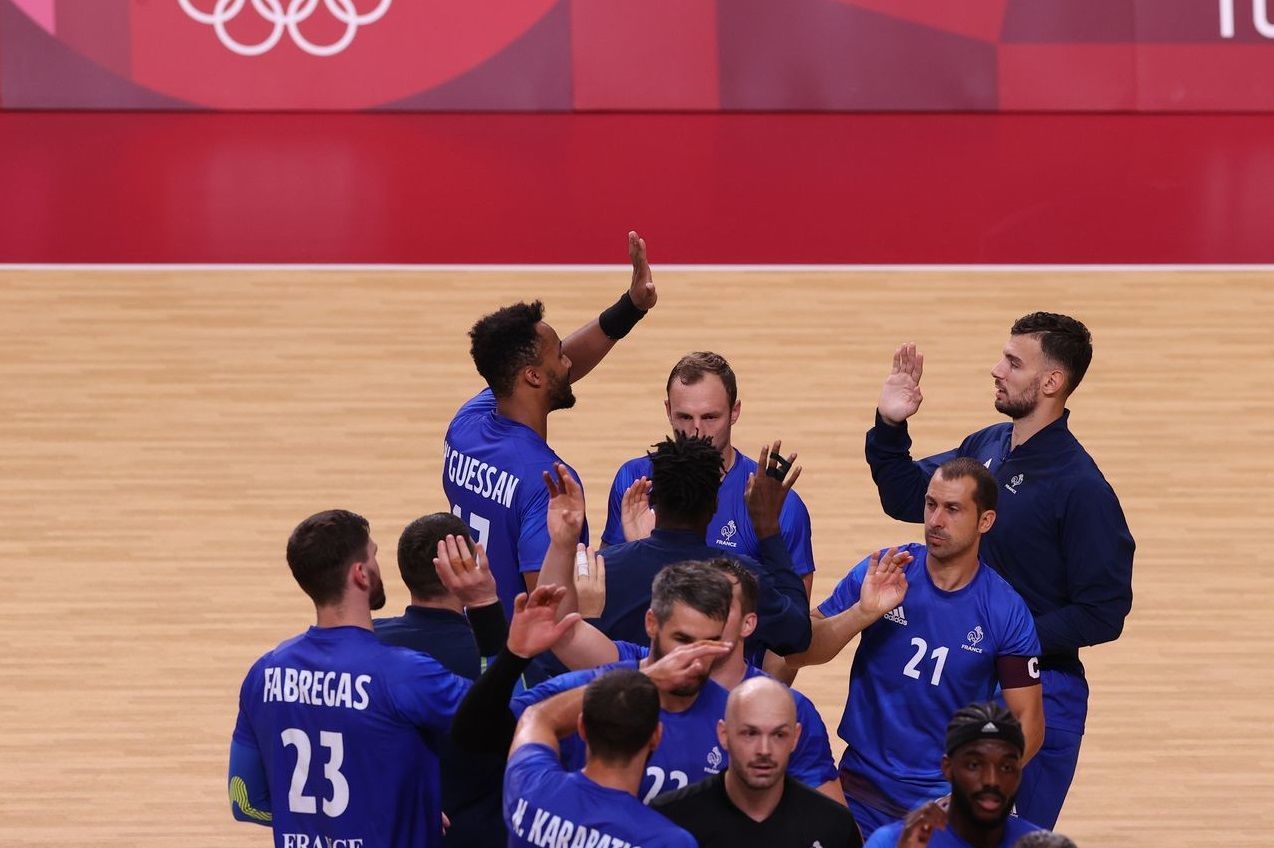 France will face Bahrain in the first quarter-final of the Olympic handball tournament, and the bookmakers believe that the French team have a better than 90% chance of success. Is it all clear-cut in this pairing?

France are now considered the main favourite for the Olympics, although they weren’t even in the top 3 before the tournament started. They came out of their group in 1st place, winning 4 of their five matches. The team brought almost all the strongest players to Tokyo, including Nikola Karabatic, but the first problems with the squad had already begun. Winger Timothey N’Guessan was injured and it’s not sure he will take to the court for the rest of the tournament. Now the additional burden will fall on the shoulders of Nikola Karabatic, who has just returned from a severe injury. Last week Karabatic played virtually no substitutions and played 56 and a half minutes on the court. The squad was well balanced, with one leader out of the group: Dika Mem and Nedim Remili scored 16 and 19 goals, respectively, not much in five rounds of Olympics 2021. It’s worth noting that the French lead in shots from 9 meters, with the margins scoring 80% of the time - also the best rate at the tournament.

After beating Argentina, Brazil, Germany and Spain, Guillaume Gille’s men lost in the last round to the Norwegians, 29-32. The game was characterized by a torrid pace, with the French frequently running on the counterattack and driving their wingers to the line. The Wingers converted 8 of their nine attempts, and Ludovic Fabregas was excellent on the line, with four goals. Karabatic and Desca netted five goals apiece. Goalkeeper Vincent Gerard had a good game, with ten saves and four saved from seven meters.

The Bahrain national team is playing in the Olympics for the first time in their history, and qualifying for the playoffs can be considered an incredible success for them. The team did not shine at the World Cups, but at the recent World Cup in Egypt, they won 1 of their six matches and made it through the preliminary round. At the same time, almost the entire squad is made up of players from the home side, and most have no experience playing for European clubs. Great credit is due to team coach Aron Kristjansson, who has had time to work for Danish and German clubs and headed the Icelandic national team for a long time. Mohamed Ahmed is the leading scorer for Bahrain in Tokyo. He is the No. 5 seed in the goalscoring race and assists his teammates frequently.

Aron Kristjansson’s men picked up just one win in the group stage as they edged Japan 32-30. In the last round, Bahrain failed to oppose Egypt 20-30. Their opponents had grabbed an 8-goal lead at half-time, and there was no chance to restore the momentum. The handballers from Bahrain committed 15 losses, a third of them to Merza Ali. The goalkeepers lost their duel with their Egyptian counterpart, long-range shots brought nothing, and from the outside, they scored only three from 6. Mohamed Ahmed was the most prolific in the team, scoring four goals (2 from penalties).

The French team is the best at the tournament by many statistical indicators. Although it will now be interesting to see how their game will be affected by N’Guessan injury, they are good in positional attack. Virtually any player in the French backline can take the lead in an attack, be it Dika Meme, Nikola Karabatic or Nedim Remili. Bahrain have no handballers of this level and, objectively, their reaching the quarter-finals is simply a fluke of circumstances rather than a logical success. Last year’s game involving the visitors ended in a rout. Something similar we should expect now. I suggest betting on the following outcomes: