Hungary vs Italy: Hungarians will win and take third place in the group 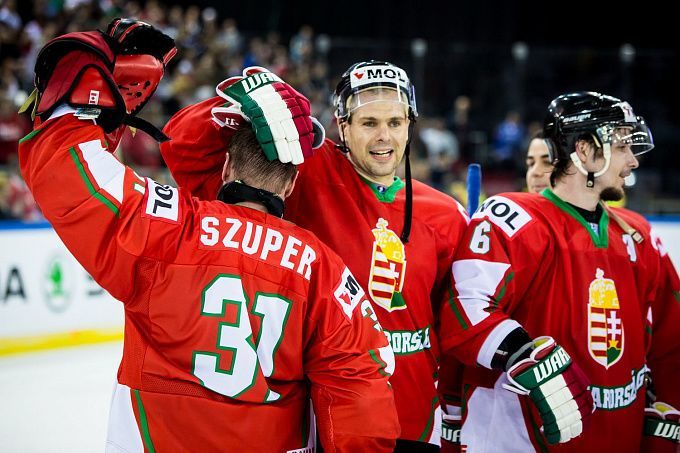 The Hungarian and Italian teams lost their first two games of qualification for the Olympic Games 2022, leaving them without a chance to go to Beijing. Who will win to take third place in the group? Our prediction: the Hungarians will be victorious!

The Hungarian national team had not participated in a major international tournament at the highest level for a long time, so there was no reason to think that they would be able to qualify for the Beijing Olympics. Yes, Sean Simpson is now the renowned coach of the Hungarian national team, but he failed to guide the team to the victory, although there were some chances of doing so. In the first match of the qualification against the French national team, the Magyars could win the first period - 2-0 but then allowed the opponent to add, which led to a defeat - 3-5. Against Latvia, the Hungarians were unsuccessful from the start, leading to a painful 0-9 defeat that denied them any chance of qualifying for the 2022 Olympics.

Italy has been in the elite group for two World Cups in a row, which is a sensation in itself. At the end of the World Cup, 2019 "Azure" managed to stay in the strongest division because of the unexpected victory in the last match of the group stage over Austria - 4:3, and at the World Cup 2021 they lost all seven games with a total score of 11:41, took the last place, but because of the coronavirus regulations, they retained a place in the elite. Of course, that wasn't enough to seriously expect to qualify for the Olympic hockey tournament in Beijing. In their first qualifying match, the Italians expectedly lost to Latvia, 0-6, and in the second game, they offered decent resistance to France, but still lost 0-2.

Throughout history, the teams have played 18 face-to-face games between them. The Hungarians had eight wins, the Italians were stronger in nine games, and another game ended in a draw. The goal difference is also on the side of the Magyars - 56-42. The last time the rivals met was in November 2019, when the players of the Italian national team celebrated victory in a friendly game - 4-3.

The Hungarian and Italian teams lost their first two games of the Olympics 2022 qualification, both in regulation time and with a smashing score. Of course, all of that has deprived them of getting to the Games in Beijing, so the upcoming game is just a friendly match for them, since nothing will be decided by the outcome. Sean Simpson's wards haven't played against the teams from the elite world group for a long time, so there is a certain challenge for them to beat the Italians, and the Azure don't need anything from this game at all, so a bet on the victory of the Hungarian team in the match with the odds of about 2.36 arises.

The Hungarian and Italian teams no longer have any tournament goals, so in the final round of qualification for the 2022 Olympics they have every reason to play at their own rhythm, showing bright and spectacular hockey, and sitting in defense makes no sense. Both teams did not score a single goal the day before, as their opponents were much better, but now they can play hard on offense against opponents of a comparable class. Based on this, the optimal option for the prediction seems to be a total of over 5.5 pucks at odds close to 2.11.

Istvan Sofron is the leader of the Hungarian national team, who plays in the first line of the national team, demonstrating productive actions in almost every game. In the current qualifying tournament for the Olympics in Beijing, the 33-year-old hockey player scored 4 points (1 goal + 3 assists) in five games, which is a very solid figure. Moreover, for his club MAC Ujbuda during 28 games last season he scored 38 points (22 goals + 16 assists), confirming his high class, so it is worth looking at the bet on the total score over 0.5 points of Istvan Sofron at around 1.87.