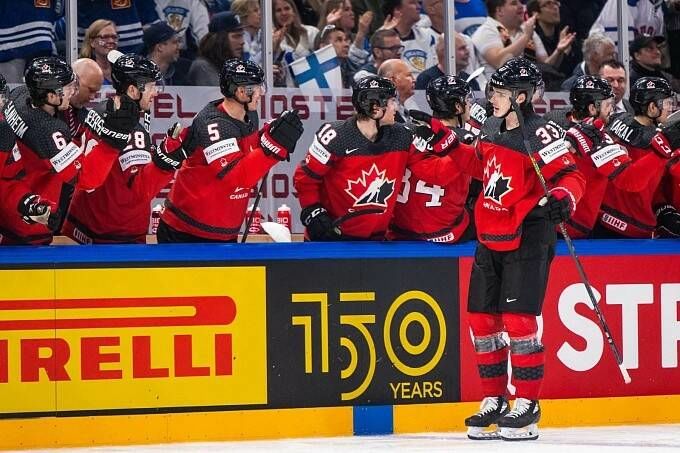 Prediction for the Hockey World Cup Canada vs Czech Republic match, which will take place on May 28. Who will turn out to be stronger? Check the team conditions! Several betting options are available.

Canada continues to perform as the reigning champion. The Maple Leafs were not particularly brilliant in the group stage, unexpectedly suffering two defeats, but they still reached the playoffs in third place. In the quarterfinals, Claude Julien's charges were not favorites - in two periods, they lost to Tre Kronor, 0:3. Ryan Graves scored one goal at the beginning of the third period until the team played defensively. Then Pierre-Luc Dubois and Mathew Barzal leveled the score, and in overtime, Drake Batherson took the Canadians to the final with a score of 4:3.

The Czech Republic is favorite at every major tournament out of habit. In fact, they will soon celebrate their 10th anniversary without medals. Unless, of course, they'll claim some medals at the World Cup. So far, Kari Jalonen's squad has been doing quite well, although Sweden, Finland, and Austria beat them in the group stage. Fortunately the Lions entered the quarterfinals to fight with convenient Germany, which they beat all the time. The Czechs won 4:1, due to David Pastrňák, David Krejci and Roman Cervenka who scored three power play goals.

Canada is an amazing team that can perform poorly both in the group stage of tournaments and in the opening two periods of cup games, but get the victory at the decisive moment. In contrast, the Czech national team lost both of their games against top teams at the 2022 World Cup, so it's hard to imagine that in the semifinals they will dramatically transform and crush the Maple Leafs. So we bet on a win for Canada.

The Czech Republic is a pragmatic team, which historically tends to play on the counterattack. Under Kari Jalonen, the trend has only worsened. Nevertheless, we expect many actions and goals as Canada plays offensively and allows their opponents to attack. It is as if they are playing in a school ice rink - they are way too relaxed. The optimal option for the prediction seems to be a total over 5.5.

Drake Batherson is one of the leaders of Ottawa. Last year he played in 46 games and earned 44 points (17 goals + 27 assists). At the World Cup Drake started off unconvincingly making one assist in three games but in the next five games he scored three goals and six assists. Obviously, the 24-year-old hockey player is in great shape, so it is worth betting on the total oover 0.5 points by Drake Batherson.