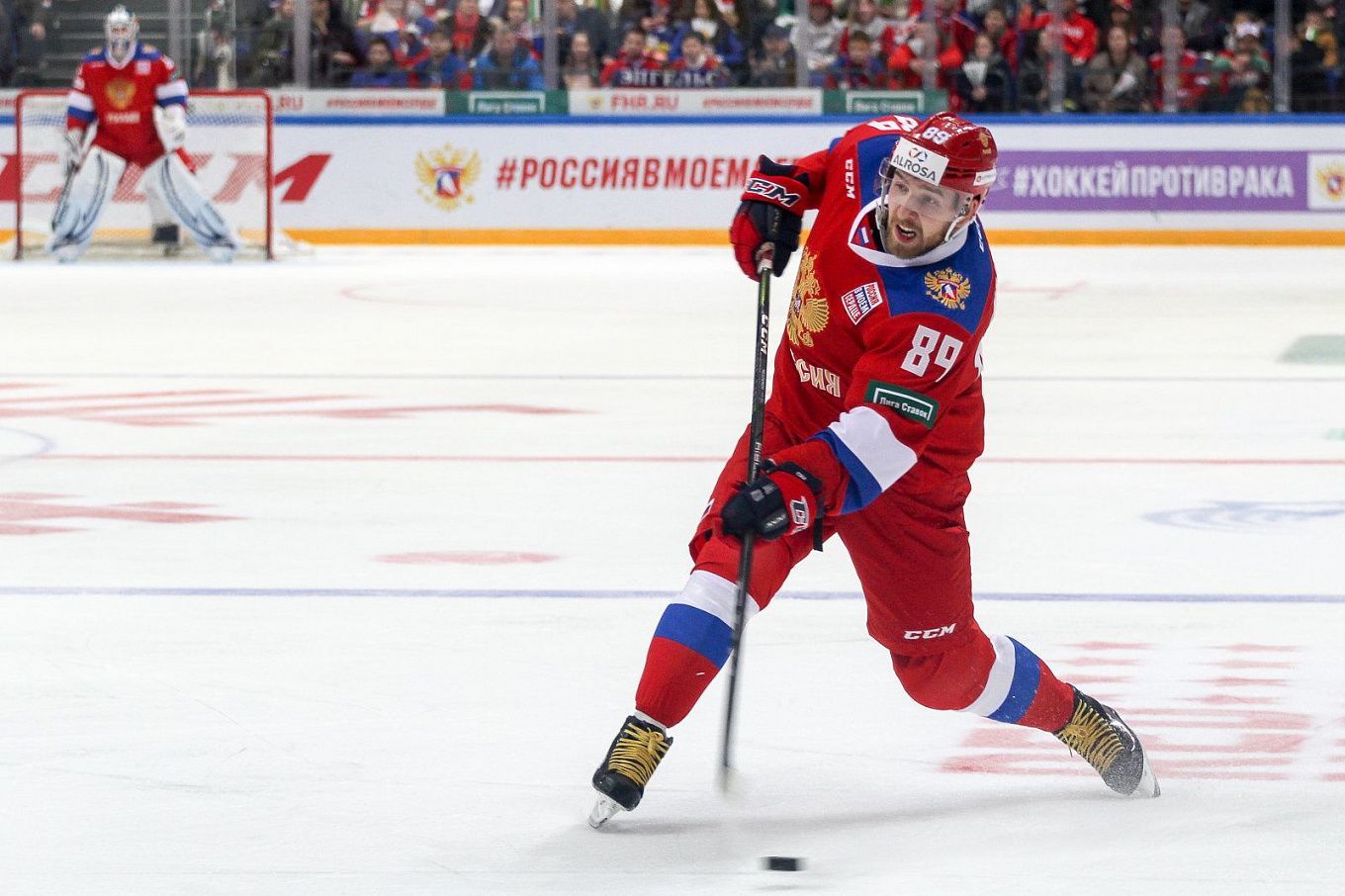 The current Russian national team’s strongest lineup is the defense, which will be made up of the best representatives of the KHL and a whole slew of NHL players. Will the defenders combine for six or more goals during the entire World Cup in Latvia? We predict that their contribution to the offensive success of Valery Bragin’s team will be impressive!

As a rule, Russia takes to the World Cup a team made up of NHL stars who beat everyone in a row, playing according to the Brazilian system. You score as much as you can, we’ll score as much as we want! This is why the defensive line is considered the weakest in almost every national team draft, with their great forwards deciding everything, and their goalie from the best league in the world standing in the back of the net.

The situation will be completely different at the 2021 World Cup. The goalkeeping squad will be replaced by Ivan Fedotov, Ivan Bocharov and Alexander Samonov. Can you feel the contrast? What is more, all three goalkeepers were not at their best in the friendlies before the start of the World Cup, so Valery Bragin did not fill out his application for the tournament, leaving two spots, one for the goalkeeper, and one for the forward.

Speaking of forwards! We all got used to seeing Ovechkin, Malkin, Dadonov in the Russian attack, or at least Kovalchuk and Shipachev! None of them will be. The only NHL representatives we see are Mikhail Grigorenko and Alexander Barabanov. Both have been weak this season, but at least Alexander was traded to San Jose, where he played well in several games and earned a new contract for the year. Otherwise, the offensive lineup is terrifying.

The Russian national hockey team’s defense has always been the main problem, but at the 2021 World Cup, it is the defensive line that looks best-equipped and ready, as evidenced by Valery Bragin’s application for the tournament, in which he left one spot for a goalie and a forward, and fully staffed the defenders, while leaving out Yegor Yakovlev, who was named team captain.

As a result, Vladislav Gavrikov, Grigory Dronov, Nikita Zadorov, Artyom Zub, Alexey Marchenko, Nikita Nesterov, Igor Ozhiganov, Ivan Provorov and Rushan Rafikov will go to Latvia. A powerful squad that could have represented the Russian national team at the best of times, when there were no coronavirus restrictions yet.

The Russian national team travels to Latvia with a very experimental squad, where only the defensive line looks strong by name, which can not only play reliably near its goal but also help the attack. Take, for example, Ivan Provorov or Artyom Zub, who scored a decent amount of points even at the NHL level during the truncated regular season, while Rushan Rafikov and Grigoriy Dronov were constantly on the power play and converted their chances in the KHL.

The other defensemen also have a decent shot. Also, Nikita Nesterov, while playing for CSKA, had great stats, but in Calgary, he was trusted less, so his numbers are much more modest, but for the national team he can again show his worth as a defenceman. With this in mind, it is worth looking at a bet on Total Over 5.5 pucks for the Russian national team at the 2021 World Championship with an odds of about 1.85.