Finland vs Germany: The Germans are capable of causing a sensation 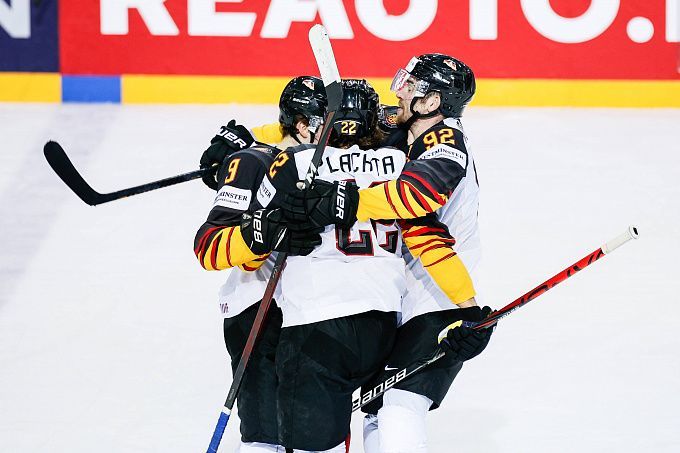 At the group stage of the World Championship in Riga, the Finnish hockey team defeated the Germans 2-1. Will Toni Söderholm's charges be able to get revenge for that defeat in the upcoming battle? Our prediction: this time the German team will be closer to success!

What an effective system of play that Jukka Jalonen has instilled in his players! The Finnish team continues to show excellent results as if to prove that spectacular and fun hockey can be shown in the regular championships of various leagues, and in such a short-term championship it is more important to win. It turns out that the representatives of the Suomi remain the only team in the tournament, who has never lost in regulation time, and in general the only defeat they allowed in a shootout against Kazakhstan. Otherwise, the Finns have been as productive as possible, and in the quarterfinals, they beat the Czechs 1-0, thanks to a goal by Jere Innala.

The German national team is having a very sinusoidal tournament. They began to surge in their first World Cup game, winning three straight victories over Italy, Norway, and Canada by a combined score of 17-6, but then the results went downhill. In the next three games the Germans lost by turns to Kazakhstan - 2:3, Finland - 1:2, and the USA - 0:2, each time in regulation time. To reach the quarterfinals of the World Cup they had not to lose in regulation time to Latvia, and Tony Söderholm's wards even defeated the tournament hosts - 2-1. The quarterfinals could have turned into a drama for the Germans, as with 44 seconds left in the third period, they were 1-2 behind the Swiss, but all came to a triumph, as first Leon Gawanke evened the score, and in the shootout, Marcel Nöbels brought Germany victory.

For the first time in the last two World Cups, Finland is in a situation where they are the favorites for the playoffs on paper. Indeed, at the last World Championships, they had to play against star lineups with Gabriel Landeskog, Evgeni Malkin, and Mark Stone, and in the quarterfinals of the current world championship, they had such guys as Jakub Vrana, Filip Hronek, and Dominik Kubalik in their opponents, while the Germans have no such stars from the NHL. Will the Suomi representatives be able to rebuild? Far from it! In addition, the Germans will be in the heat after the ¼ finals, so we can bet on the victory of the German national team in the match with the odds of about 2.90.

Going back to the change of roles for the Finnish team, it is worth noting that Jukka Jalonen's wards perfectly know how to play against the star teams, who climb on their goal, make mistakes, and the representatives of «Suomi» perfectly catch them in the counterattack. It is unlikely that the Germans will act in the same manner against the reigning world champions, so here and the Finns will have to go on the attack and look for their chances, so we have the right to expect the game on a counter course. Moreover, in the last five head-to-head encounters, the opponents have combined for 27 goals (5.40 on average per game), so we would expect a total of over 4.5 goals and odds of about 2.35 to be good.

Marcel Nöbels is Germany's top scorer at the World Championships in Riga. In eight games played, the 29-year-old German scored eight points (3 goals + 5 assists), which is very respectable but not surprising since he had 52 points (7 goals + 45 assists) in 45 games for Eisbaren last season. The day before, during the shootout, he showed that such a high stage of the tournament will not scare him, so it is worth looking at the bet on the total over 0.5 points of Marcel Nöbels at odds of about 1.90.