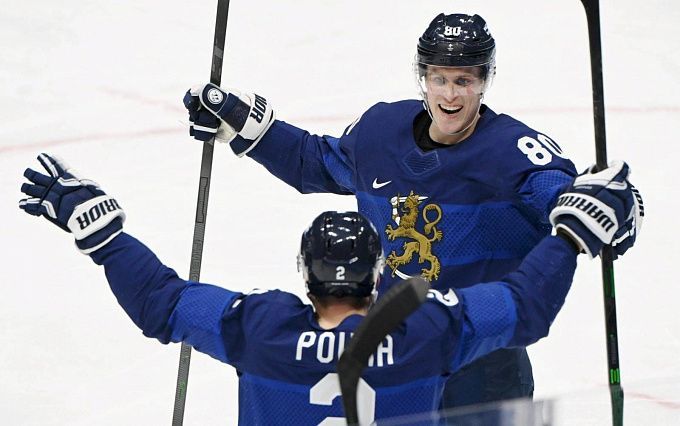 Prediction for the Hockey World Cup Finland vs USA match, which will take place on May 16. Who will turn out to be stronger? Check the team conditions! Several betting options are available.

Finland is the most successful national team in recent years. Qualifying for three consecutive finals at major international tournaments is a tremendous achievement in itself, and two titles is an unbelievable success. Sure, they are the main favorite at home, but they had time to almost embarrass themselves. Defeating easily Norway in the first game - 5:0, the second game for a long time they lost to Latvia the second one - 0:1. Then the team evened the score, but won only three minutes before the end of regular time - 2:1, due to a goal of Mikael Granlund.

If the Finnis nearly disgraced themselves, the U.S. team still did it, even if their failure was temporary. In the first match, David Quinn's charges had no problems with the Latvian national team - 4:1. Still, in the second game, they lost points, playing against a modest Austria, which in general should not have been at the World Cup, but it is supposed to replace the disqualified Belarus. The Americans still beat the Eagles in overtime, 3:2, but were trailing 0:2 until the middle of the second period, which hints at the serious playing problems of the Stars and Stripes.

Teams Finland and the United States have a similar way to hold the 2022 World Cup: a confident victory in the first game followed by a frankly weak performance in the second game, although in the end they still managed to win. The Suomi brought to the World Cup a very strong and well-matched squad, while the Stars and Stripes invited several youngsters and powerful forwards from the third or fourth lines of NHL clubs who are inferior to the Finns in terms of skill level. As a result, a bet on Finland to win.

It is unlikely that we should expect an abundance of goals. Finland is one of the most composed and pragmatic teams at the World Cup, for which defense is the main priority. In their first two games, the Suomi have conceded just one goal and scored seven, despite playing against fairly low-ranked opponents. The USA national team also brought to the 2022 World Cup an overcrowded defensive squad, so the best option for the prediction seems to be a total under 4.5.

Jukka Jalonen is a coach who rarely uses the NHL representatives in the world championships, which does not prevent him from achieving excellent results. Nevertheless, he has brought in a number of players from North America this time, for example, Mikael Granlund. Last season he played 84 games for Nashville earning 67 points (11 goals + 56 assists). In his first game at the World Cup Mikael was involved in both goals. First, he assisted his partner and then scored himself. In this situation, it is worth looking at the bet on Mikael Granlund.