Italy vs Canada Prediction: Maple Leafs to defeat the outsider 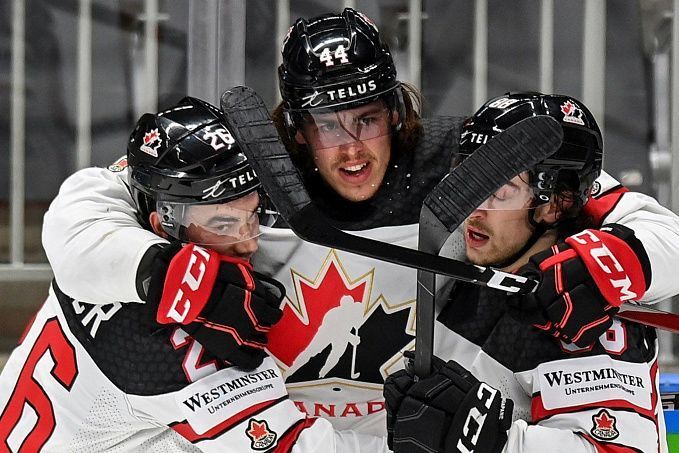 Team Italy is an eternal underdog in world championships at the elite level, but the fact that they have not been relegated to the second strongest division for three years in a row is a great success. Before the start of the 2022 IIHF World Championship in Finland, the Squadra Azzurra played a number of friendly matches in which they looked very decent and even won occasionally. The Italians were unsuccessful in their 2022 starter as they conceded three goals from Switzerland in the opening game and then significantly improved after that. However, they lost 2-5, which was a decent result by the standards of the previous years.

Team Canada is the reigning world champion, which failed to make its debut of the tournament in Riga, but eventually, a personnel reinforcement allowed them to win the gold medal. Now the Maple Leafs have decided not to allow another anti record, so by the beginning of the championship in Finland, they managed to put together a strong band of names with which they can safely go and defend the title. The first match saw Claude Julien's men crush the Germans very fast, smashing them in the middle of the game, after which the Canadians got a little bit relaxed and allowed the opponent to get closer to the score, but in the end, they did not let them win, 5-3.

The Canadian team is the undisputed favorite in group A, where they have no rivals. The Italian team is the main underdog in the same group. Those two facts make it clear that there can be no intrigue in the upcoming match. While Team Italy had a very good encounter with the Swiss, the opponent have not had time to get used to the game. Plus, the Maple Leafs' roster is much stronger, so the Italians do not have to wait for mercy head-to-head. Bet on the victory of the Canadian national team with a handicap (-6.5) at odds of about 1.85.

The Italian national team has already shown us in the opening match that they can score, by scoring twice against Switzerland. Hardly such a productive game in the attack can be considered a sensation for the Italians, yet the previous World Championship saw them score, for example, four times — against the Germans, and three times — against the Kazakhs. It is quite possible that the team can score against the Canadiens, but the Maple Leafs will undoubtedly throw the outsiders a whole haul of pucks. Given this, we would expect the total to be over 7.5 pucks at odds close to 1.85.

The Swiss national team has demonstrated how a team with a solid roster and a high level of ambition should beat an outsider of the world championship. In the first period, they hit the gates of the Italians three times, and then quietly brought the matter to a final success. The Maple Leafs should take advantage of the above outline to solve all questions by the first break. In this situation, it is worth to pay attention to the bet on Team Canada Individual Total Over 2.5 goals in the separately taken first period with the odds about 2.40.