Switzerland vs Italy: La Nati to Deal With the Group A Outsider 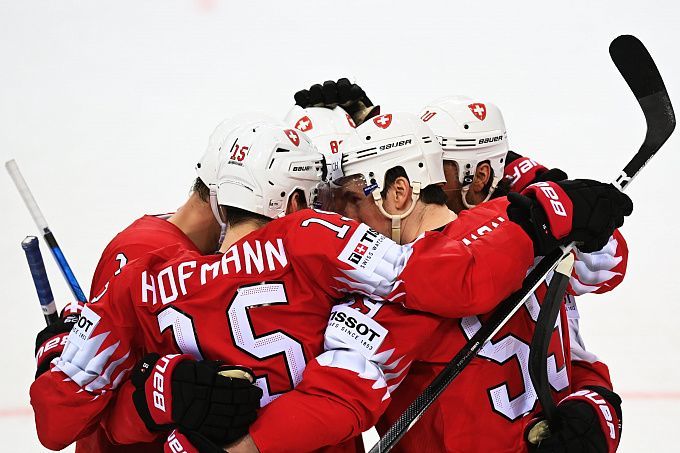 Prediction for the Hockey World Cup Switzerland vs Italy match, which will take place on May 14. Check the team conditions! Several betting options are available.

Switzerland is a team that has been trying to morph from a solid middling team into a global hockey power in recent years. At the 2013 World Cup and the 2018 World Cup, they managed to pull it off as they reached the finals, but lost both times to Sweden. At the last World Cup the squad were unsuccessful, dropping out because of the Germans in the quarterfinals. At the Olympics in Beijing they stopped at the same stage, losing to the Finns. At the 2022 World Cup Patrick Fischer brings a solid lineup with the main stars Nico Hischier and Timo Meier.

The Italian team was hopelessly the worst team at the last World Cup failing to earn a single point and losing all seven games in regulation time, but it was enough to keep its place in the elite since the last World Cup was not held in the second division because of coronavirus. Since then the team failed to qualify for Beijing not winning a single match (1:10). In addition, the Italians before the 2022 World Cup played in six friendlies. They exchanged victories with the Austrians - 2:1 and 0:5, fell to the Slovenians - 1:2, beat the French - 1:0, twice defeated the British - 3:1 and 3:0.

The Swiss and Italian teams are not at the same level. At the 2022 World Cup, the former will contend for second place in Group A, as only Canada outclasses them. The latter are the main outsiders of the entire tournament, as they didnt gain a single point at the last World Cup. The past time the rivals met at the 2019 World Cup, when the Red and Whites achieved an easy success - 9:0, so now we expect something similar. We bet on the victory of Switzerland with a handicap (-4.5).

Italia in Riga still tried somehow to prove themselves offensively, but the defense was an absolute disaster. In their seven group-stage games, Squadra Azzurra conceded 41 goals (5.86 average), a poor figure. Switzerland has been doing well offensively, being the second most prolific team with 27 goals (3.86 average per game), trailing Russia by only one goal. In this situation, the optimal choice for the prediction seems to be an individual total of Switzerland over 5.5.

Switzerland is a much more powerful squad than the Italian one, so it will be important not just to earn three points but also to reach the aim with minimal resources. They have to take the lead as quickly as possible and sit on it without wasting energy trying to crack the Italian defense. The next day the Red and Whites expect another match, so here we choose an individual total of Switzerland over 1,5 pucks in the first period.