Anaheim vs Toronto: a low-scoring duel between goalies Gibson and Campbell 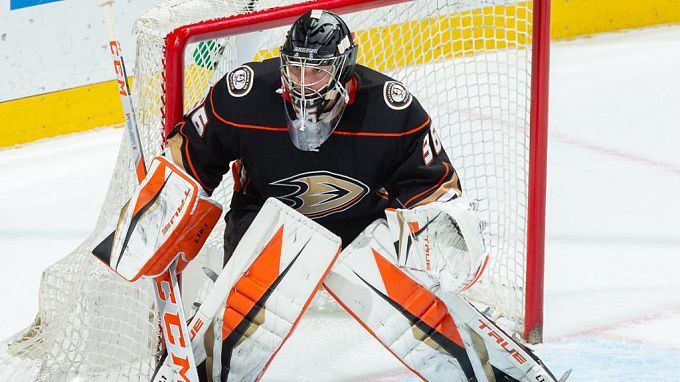 Toronto continues to win. Approaching the game in Anaheim, Sheldon Keefe's team has 13 wins in 15 games. Will the Ducks be able to stop the Maple Leafs? Let's pick a few options to bet on.

Anaheim back on a winning track?

In the previous game, the Ducks beat Ottawa 4-0 on their home ice. Troy Terry scored his 13th goal of the season, and Anthony Stolarz recorded his first shutout of the season, deflecting 34 shots. Although Dallas Eakins's team only beat the outsider at home, this success could be very important for them. Anaheim broke their streak of three straight losses with a shutout and now will they get back to winning ways? The Ducks are still high in the standings, as high as fourth place in the entire Western Conference, and they are surely eager to build on their successful start to the championship before all the favorites gain momentum.

The Maple Leafs are a strong team. There was no doubt about that before. But Sheldon Keefe's team will only be judged on the playoffs. The regular season simply means nothing to the perennial championship favorite, who hasn't won at least one series in the postseason in a long time.

The game in Anaheim will be Toronto's fourth away game in a row. All three meetings before that ended with wins in regulation time. The Leafs beat the Islanders, Los Angeles, and San Jose.

The goaltending issue appears to be the key determinant for the upcoming matchup. John Gibson will take the final line for Anaheim. The Toronto goal will be occupied by Jack Campbell. Both goaltenders are having a brilliant season and will surely perform at their best in the upcoming game, no matter who ends up being stronger.