Arizona Coyotes vs San Jose Sharks: Sharks win in a tough away game 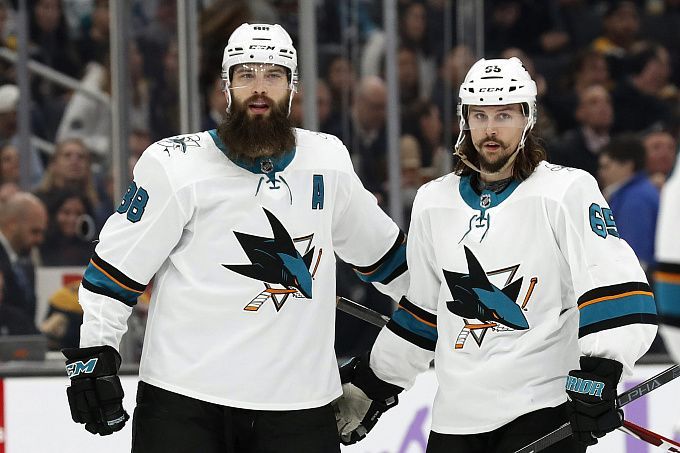 Prediction for the NHL Arizona Coyotes vs San Jose Sharks match, which will take place on March 31. Check the team conditions and choose several betting options.

Arizona comes into the last month of the regular season in terrible shape. The Coyotes have been among the league's underdogs for most of the season, but their lack of tournament motivation has not stopped them from producing a strong showing in the first half of March, when they scored six wins in seven games. Such a productive run took too much out of the Glendale side, so they have now slowed down sharply. The series of defeats dropped Arizona back to last place in the Western Conference standings.

San Jose has been doing a little better. Things were going well for the California club until late January, when they suddenly fell apart. First, they suffered a 7-match losing streak, and then, even though they were clinging to points, they still lost more often than they won. They finally pulled themselves together in the last week, winning three of their previous four games, but it was too late. San Jose is now in 12th place in the Western Conference standings.

Arizona and San Jose have once again had a weak regular season and are not in contention to make the playoffs, but at least the Sharks have now improved slightly, winning three of their last four meetings. Of course, the California club is the favourite to win this upcoming encounter. As a result, we'd have to bet on San Jose's win for 2.064.

In their previous six head-to-head encounters, the opponents have scored 53 goals (8.83 average per game). Both teams have long been among the outsiders in the West, not claiming a playoff spot, so they can afford to forget about defence and play offensively. With that in mind, we suggest betting on a total over 6.5 for 2.36.

Tomas Hertl is a forward who has spent his entire career with San Jose. He is unlikely to reach his best performance in the current regular season, as he set the bar of 74 points (35 goals + 39 assists) in the 2018/19 season, but even now he already has a solid 54 points (26 goals + 28 assists). In such a situation, we suggest betting on Tomas Hertl Will Score for 2.40.