Arizona vs Anaheim: the Ducks are in trouble 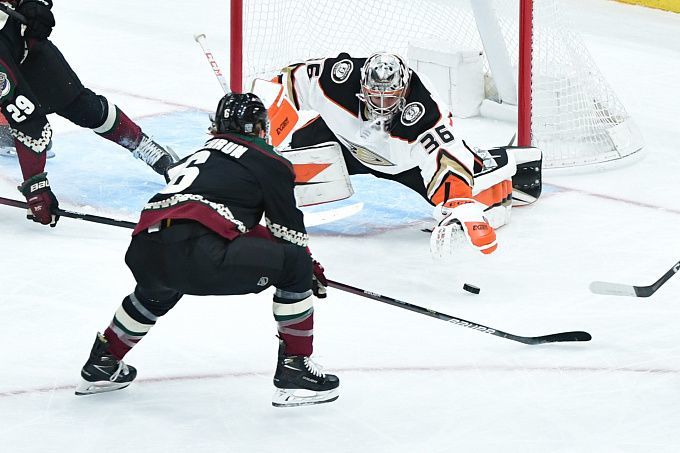 Anaheim failed the second half of the league, dropping to 13th place in the Western Conference standings. Will the Ducks be able to outplay the main outsider Arizona? Let's choose several options to bet on at once.

For a while in the first half of the championship, Anaheim even held first place in the Western Conference. However, the second part of the championship showed that the Ducks are still far away from being among the NHL's contenders. Dallas Eakins's team is coming into the game against Arizona with a streak of 11 straight losses. A stretch that speaks for itself. The Ducks slipped to 13th place in the Western Conference standings. It looks like the Californian team will have to give up their playoff hopes.

While Anaheim has been a disappointment in the second half of the season, Arizona doesn't fail to surprise. The main outsider of the season, though still losing frequently, has managed to beat almost all the conference's contenders – Vegas, Colorado, Dallas.

In the previous game, the Coyotes defeated at home the team which is not a contender but a very strong one – San Jose, 5-2. Leaders of today's Arizona were excellent: Nick Schmaltz had 1+1 (goal+assist), Phil Kessel had 0+2.

Anaheim fell apart in the second half of the season. The Ducks, which in the first part of the championship were among the best in the conference, dropped to the bottom of the standings and no longer even qualify for the playoffs.

Facts about the upcoming game

It would be no surprise if Anaheim loses for the 12th straight time in Phoenix. Not only is Dallas Eakins' team in terrible shape, but they'll have a back-to-back after a tough matchup with Dallas. That means even for the record-breaking underdog Arizona, the Ducks could be in serious trouble.