Arizona vs Vegas: the Coyotes Won't Stand a Chance 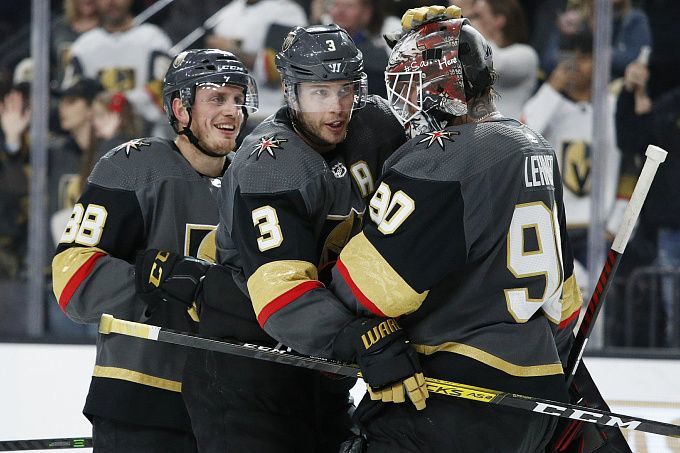 Vegas defeated Arizona 7:1 in their first game of the season. Will Andre Tourigny's team get revenge in this upcoming encounter? Check the teams’ conditions and expert betting tips. Several betting options are available!

Arizona is having another poor regular season, one of the league's hopeless underdogs. The Coyotes had their last decent stretch in mid-January when they took turns beating New Jersey and Montreal, 5:2 and 4:1. Since then, the team has played 13 games gaining only three victories and ten defeats. The day before, Andre Tourigny's squad had a good game against Los Angeles but lost 2:3, missing the decisive puck in the final minutes. Such an underperformance would leave Arizona in bottom place in the Western Conference standings, seven points behind their closest rival.

Vegas looks much worse than usual in the current regular season. Previously the Knights were among the NHL leaders. Now they have turned into the average performance. The Black and Gold have had a few bad stretches, falling two or three games in a row. In their past 17 games, Peter de Boer's charges could only muster seven wins and ten losses. Still, in their last match, they beat Los Angeles 4:1, but before that, they were defeated three times in a row (3:12). Such modest results keep Vegas in sixth place in the Western Conference standings.

Vegas is having a troubled season, but they are doing just fine compared to Arizona. While the Coyotes are last in the Western Conference standings, the Knights are in the playoff zone. The visiting team is much fancied. Its advantage is best proven by the opponents' fixture this season when the Black and Golds won 7:1. As a result, we bet on Vegas winning with a handicap (-1.5).

Arizona and Vegas are not in the best shape. The Coyotes have had game problems all season long, and the Knights have had them in the last couple of months. Right now, Peter de Boer's charges are trying to be as pragmatic as possible to earn points not to lose their tournament position. In their last five meetings, only 23 pucks were scored (4.60 average per game), which is very modest by NHL standards. It is unlikely that the hosts will insist on an open exchange of shots, so the best option for the prediction seems to be a total under 5.5.

Reilly Smith is a forward who has gained momentum in the regular season compared to the past season. He scored 25 points (14 goals + 11 assists) over 53 games back then. He has already gained 33 points (14 goals + 19 assists) over 49 games, with dozens of matches to go. The Canadian is far from reaching the best results, but he is in great form. It is worth looking at a bet on the total over 0.5 by Reilly Smith in this situation.