Boston Bruins vs New York Rangers: Bookmakers made a mistake in picking the favourite 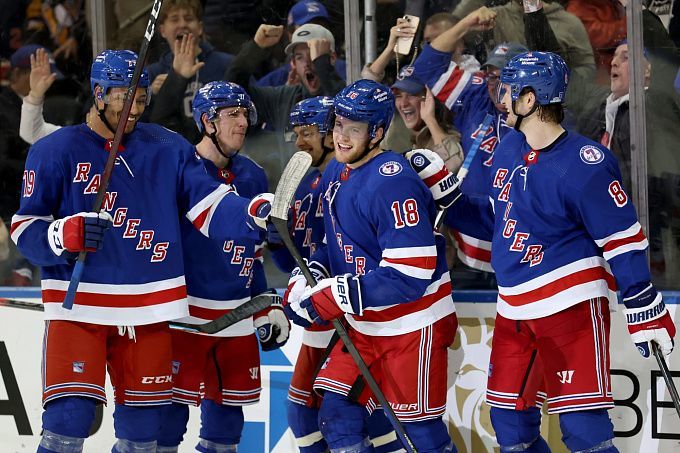 Prediction for the NHL Boston Bruins vs New York Rangers match, which will take place on April 23. Check the team conditions and choose several betting options.

Boston is in poor form heading into the game against the Rangers. In the last five-game stretch, the team scored only two wins and suffered three losses (9:14 overall). First of all, they had two losses to St. Louis and modest Ottawa, then two victories over Pittsburgh and Blues. Pittsburgh took revenge on the Bears in the last game and beat them at 4:0. As a reminder, Boston is no longer motivated. The team qualified for the playoffs ahead of schedule, finishing in fourth place with 99 points.

The Rangers are serious about the upcoming game. The team is fighting hard for first place in the Metropolitan Division, with the same points as the upstart Carolina (108). As for the team's condition before the upcoming game, they have a four-match winning streak (4:0 over Philadelphia, 4:0 over Detroit, 3:0 over Winnipeg, and 6:3 over the Islanders).

Boston's play of late suggests that the team has already started celebrating making the playoffs and has decided to take some time off. In the meantime, the Rangers are fighting for first place, which will give the team good motivation to play.

Of course, the bookmakers favored the home side, which we disagree with. Boston is far from their best form, and they don't have much tournament motivation. It's also worth noting that the Rangers have beaten the Bears in their arena over the last three games. In our opinion, this game won't be an exception. However, we advise you to play it safe and play on not losing to the visitors, strengthening the odds with the usual three pucks.