Buffalo Sabres vs Winnipeg Jets: The Sabres will pick up points for the seventh game in a row 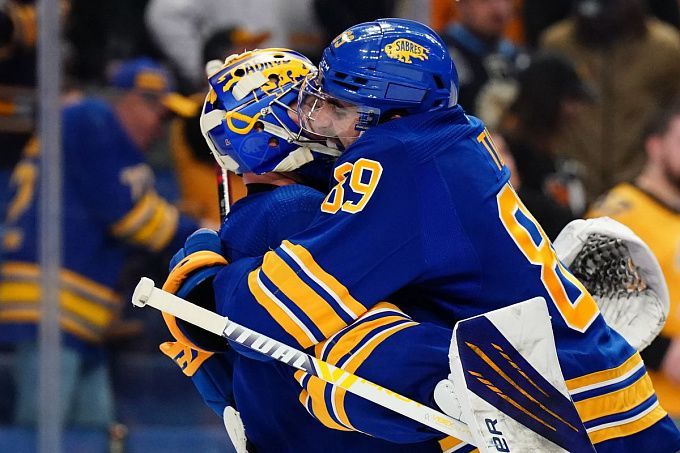 Prediction for the NHL Buffalo Sabres vs Winnipeg Jets match, which will take place on March 31. Check the team conditions and choose several betting options.

Buffalo has scored points in its last six games. There were four wins and only two losses. The team lost 3:4 to Washington and 4:5 to the Rangers after overtime. But after that the Sabres had an unbelievable game against Chicago, where they lost 0:4, but pulled out a win (6:5)! In the Atlantic Division, Buffalo sits in sixth place with 58 points, no chance of making the playoffs.

Winnipeg is also looking good of late, with four wins in five games. The Jets have only lost to Ottawa (2:5). After that loss, however, they were stronger than Columbus (4:3 in overtime) and Arizona (2:1 in overtime). Winnipeg is in sixth place in the Central Division standings with 74 points, three points behind fifth-place Dallas, but it has also played a couple more games. There's very little chance of making the playoffs.

In the upcoming game, we favour Buffalo. The Sabres have picked up points in their last six games in a row. And a crazy win over Chicago will surely give them a boost for the rest of the season. Winnipeg can't be written off, but it's far from a top club. As a bet, we suggest a non-win for the home team at the end of regular time. Prediction: Buffalo won't lose.