Calgary Flames vs Arizona Coyotes: How about Jacob Markström's tenth shutout of the season? 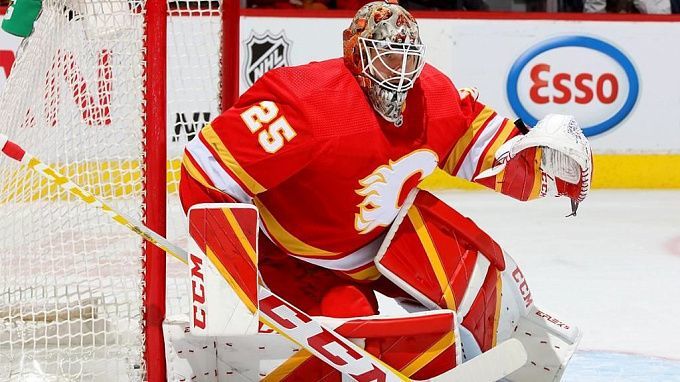 Prediction for the NHL Calgary Flames vs Arizona Coyotes match, which will take place on March 26. Check the team conditions and choose several betting options.

Darryl Sutter's team has confirmed its status as one of the season's top favourites all season long. For their game against Arizona, Calgary is in second place in the Western Conference. Only Colorado is higher than the Flames.

Last game, the Flames unexpectedly lost on home ice to San Jose (3:4). 9 minutes before the final siren the Flames were leading in the score, but not only lost the advantage but also lost in regulation time, conceding twice.

From February 21 to March 16, Arizona lost only 3 of 11 games. During that stretch, the Coyotes beat several contentious teams, including Colorado, Vegas and Toronto. The surprising achievements of the season's top underdog, however, were followed by another series of setbacks. For their game against Calgary, the team from Phoenix was coming off three straight losses to Pittsburgh, San Jose and Seattle.

The Coyotes are still last in the Western Conference standings, but by the end of the regular season they were winning more often. Perhaps a key factor in the team's progress was the invitation of Scott Wedgewood, with whom Arizona won 10 out of 23 games. His backup Vejmelka has suffered two straight losses, which means the Flames might not score much. Prediction: Calgary will be closer to a win in a total under match.