Calgary Flames vs Dallas Stars: The Flames beat the Stars in their first game 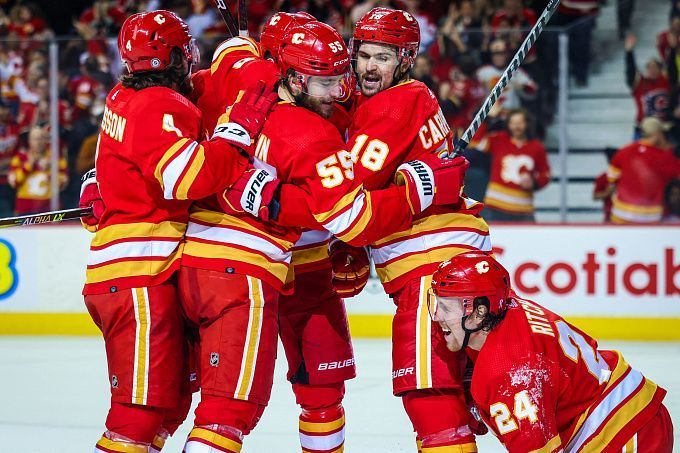 Prediction for the NHL Calgary Flames vs Dallas Stars match, which will take place on May 4. Check the team conditions and choose several betting options.

Calgary started the regular season in a somewhat routine fashion, but the Flames accelerated and picked up high momentum over time. In February, the Flames had ten straight wins, leading the Pacific Division. After that, Darryl Sutter's men kept the pace high, allowing 111 points in 82 games. Calgary won the Pacific Division and finished third in the West.

Dallas did not go so smoothly through the regular season. Until the final games, it wasn't clear that the Stars were in danger of missing the playoffs altogether since they were in the bottom-8 of the West. However, the team had a good run and made the playoffs, seventh in the Western Conference standings, with 98 points in 82 games. Dallas finished fourth in the Central Division.

The bookmakers' experts consider Calgary the favorite for both the series and the first game. The Flames looked stronger than the Stars during the regular season and were in the top 3 in the West. Plus, Calgary had the best defense in the Western Conference with just 208 conceded pucks, while Dallas was not particularly productive (238 goals scored).

The series will start at the home arena, where Calgary won't be without its fans' support. We think that they will be able to start with a win there, so we suggest as a bet the hosts' victory.