Calgary Flames vs Dallas Stars: Will the Stars tie the series, or will the Flames increase their lead? 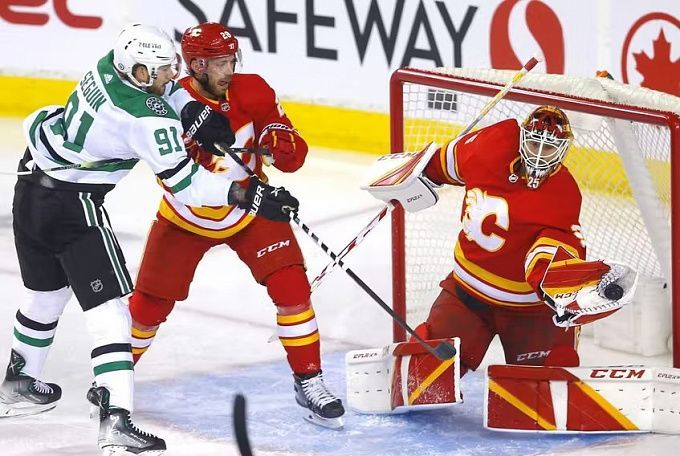 Prediction for the NHL Calgary Flames vs Dallas Stars match, which will take place on May 6. Check the team conditions and choose several betting options.

In the first game against Dallas, the Flames showed a significant contender for the 2022 Stanley Cup. Darryl Sutter's team, having opened the scoring early in the game, continued to play balanced hockey and put pressure on the opponent's goal but failed to open up. As a result, the Stars failed to find an approach on Jacob Markström's possession and lost 0:1. Calgary's Swedish goalie, on the other hand, recorded his second career playoff shutout.

Only Colorado would be worse than Calgary as a first-round playoff contender for Dallas. The Avalanche, like the Flames, appear to be the top contenders for the Western Conference title at the moment. The Stars were unlucky, although it's understandable that the team was responsible as they should have fought harder in the regular season.

The first game of the series showed the difference in class between the rivals that exist today. Dallas has a lot to do to perform well in this Stanley Cup series. However, Calgary has everything the Stars have, only even better.

The Flames' success factors are a balanced roster, two-time Stanley Cup winner Darryl Sutter as a coach, and one of the best goalies of the season, Jacob Markström. If even Vancouver, with Markström a couple of years ago, could make it to Game 7 of the second round of the playoffs, what's waiting for a powerful Calgary?