Calgary Flames vs St. Louis Blues: Bets and odds for the NHL match 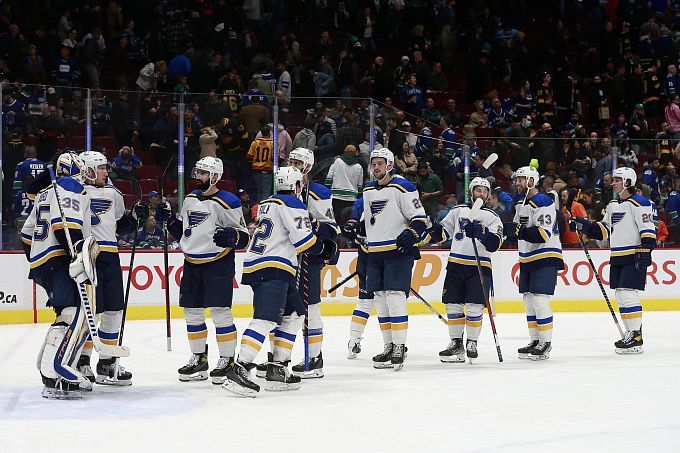 Prediction for the NHL Calgary Flames vs St. Louis Blues match, which will take place on April 3. Check the team conditions and choose several betting options.

Calgary had squeezed everything out of themselves. After an incredible run, the team lost more often, but they guaranteed themselves a playoff spot. In their last five games, the Flames won two games. They beat Arizona (4:2) and Edmonton (9:5), but lost three times (to San Jose, Colorado and Los Angeles). As for the team's position in the standings, they are first in the Pacific Division and second in the Western Conference, with 89 points.

St Louis hasn't been shining lately either. The team also has two wins and three losses in the last five-game stretch. They had two straight losses (to Carolina and Philadelphia), two victories over Vancouver (8:4), and finally a frustrating overtime loss to Edmonton. St. Louis definitely needs to pull itself together, as the Central Division is extremely competitive. Fifth-ranked Dallas is only five points behind the Notes.

Calgary and St. Louis aren’t performing as expected. The top teams have won only two of their past five matches each, which shows that they are in very unstable form at the moment. We expect a lot of goals from the upcoming matchup, as the opponents show a great game on offence, and are not the best in defence.